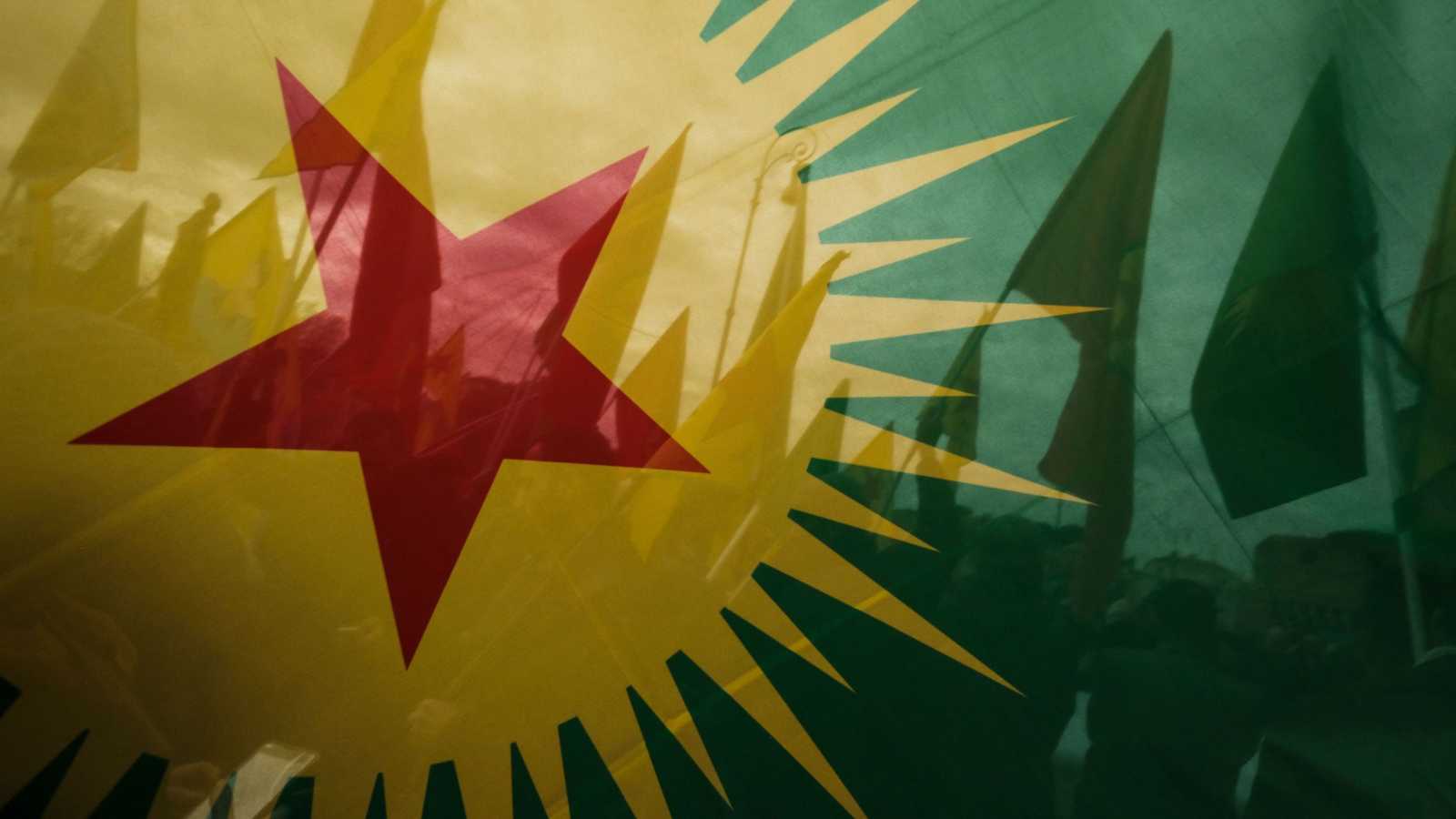 Although talks are set to resume this week, the prospects of a Syrian Kurdish unity deal seem more elusive than ever, with plenty of sticking points threatening to sink the effort.

Rival Syrian Kurdish parties are expected to resume US-backed “unity talks” this week, but prospects of a deal seem more elusive than ever despite initial progress, sources with knowledge of the negotiations say.

Mazlum Kobane, the commander of the Syrian Democratic Forces (SDF) who together with the State Department is moderating the talks, urged the sides to come together in a Jan. 31 tweet. Kobane said, “Our goal is the success of the dialogue. The agreements we reached are important and protect our people’s interests. It is everyone’s duty to prepare for the new stage of unity.”

The talks between the Democratic Unity Party (PYD), which shares power in the Syrian Kurds’ autonomous administration, and opposition parties assembled under the umbrella of the Kurdish National Council (KNC), some with links to Turkey, have been frozen since October.

There are multiple explanations for the pause amid persistent rumors that they had collapsed altogether. Some say it’s because the US diplomat who moderated the talks left northeast Syria and that ambassador Jim Jeffrey, the former Syria envoy under the Donald Trump administration, and his deputy William Roebuck both retired. Now that Roebuck’s replacement David Brownstein is on the ground, however, the talks can restart — in theory.

The State Department said it remains committed to promoting intra-Kurdish dialogue in English, Kurdish and Arabic in a Jan. 15 tweet. But its position will grow clearer when a new Syria envoy is appointed and a new Syria policy is calibrated. NSC Middle East coordinator Brett McGurk, who helped craft the anti-Islamic State alliance with the Syrian Kurds, will likely have a biggish say.

To be sure, the change in administration in Washington and the ensuing transition of power is one reason the talks ran out of steam. However, there are far greater and potentially insuperable obstacles in the way. They raise the risk of the United States growing frustrated and eventually disinterested in a diplomatic role in the Kurdish-controlled region, given the fallout its generated with Turkey, a NATO ally.

The administration of President Joe Biden has made it clear that it will not pull out of US forces from Syria anytime soon, if only for ethical reasons. But in due course Washington may weigh the benefits and costs of its military presence in the area and determine that it’s best to hand over the job of containing IS to Russia, Turkey and however unsavory, the Syrian regime, as advocated by the former US Ambassador to Syria Robert Ford.

Might Turkey in return give up its Russian S-400 missiles, which are the biggest source of discord between it and Washington? The Russians may not object if the result is the withdrawal of US forces from the region.

Perhaps with an eye on such potential scenarios, it was Kobane who initiated the dialogue with the KNC after Turkey invaded substantial chunks of Kurdish-controlled northeast Syria in October 2019. Kobane saw the talks as a vehicle for the Syrian Kurdish leadership to expand engagement with the United States beyond what has largely remained a strictly military alliance to combat IS and in doing so bolster its international legitimacy. This in turn would offset critics’ claims that Kobane’s faith in the United States — Trump greenlit the Turkish assault — had proved to be baseless and that the Kurds were making all the concessions and getting battered and betrayed in return.

Dialogue with the opposition parties was also meant to ease relations with the Iraqi Kurds, who are the principal mentors of the Kurdish National Council, and to eventually melt Turkish hostility, which is one of the main reasons Washington signed on. Turkey continues to block the PYD’s participation in UN-facilitated talks in Geneva between the Syrian opposition and regime representatives to model a new constitution on the same grounds that Turkish forces keep attacking Syrian Kurdish forces in the northeast: that they are all linked to Kurdistan Workers Party (PKK) rebels fighting the Turkish state. The fact is that they are, and this is one of the reasons that the talks have hit a wall.

On paper, the parties have made quite a bit of progress since the negotiations formally kicked off in April 2020 and began in earnest in June. They agreed on the composition of a Shura Council that would have political decision-making power for the Kurdish-majority areas of Syria. A so-called political vision document put the PYD and the KNC, under the auspices of the United States, firmly in the anti-President Bashar al-Assad camp. This aspect of the agreement may prove problematic with the Biden administration, particularly if McGurk’s Obama-era thinking — that the Syrian Kurds will eventually need to cut a deal with the regime — endures and prevails.

But even before such potential wrinkles arise there is plenty to sink the talks. Chief among them is the KNC’s insistence that PKK militants and other cadres within the autonomous administration and its affiliates be purged and those who are from third countries — Turkey, Iran and Iraq, in particular — leave the country. In other words, as one of the sources speaking not for attribution told Al-Monitor, “The demand is that you dismantle what Turkey calls the PKK statelet.” Moreover, the KNC insists that this be put in writing in any final agreement to be signed between the two sides. Kobane has refused to name any parties in the text.

From the PKK’s vantage point the talks have evolved into a project targeting its very existence, with the KNC serving as a Trojan horse for Ankara’s ambition to weaken and destroy the autonomous administration. The perception has been reinforced by Ankara’s increasingly deadly campaign against the rebels in Iraqi Kurdistan, where the PKK’s top commanders are based. The PKK insists that Ankara is acting in cahoots with the Kurdistan Democratic Party of Iraq (KDP), which controls the mountainous areas along the Turkish border where the PKK is entrenched. It also controls the Fish Khabur border crossing with northeast Syria, a critical supply hub for US forces in Syria.

To be sure, there are emerging signs that the PKK is no longer prepared to sustain the mutually agreed charade that it has no ties to the SDF and its main component, the People’s Protection Units (YPG). Neither is on the State Department’s list of terrorist organizations, whereas the PKK is, an argument Washington has wielded when arming and training the Syrian Kurds. It did not pass unnoticed that when Kobane lost his mother last month, the PKK issued a condolence message in which it referred to Kobane by the codename he used during the long years he served within the rebels’ ranks: “Sahin Cilo.”

Like it or not, even critics concede that the PKK is the most cohesive and powerful force in Syrian Kurdistan, or “Rojava,” and as such best equipped to defend the Syrian Kurds against their multiple foes.

Tensions have been steadily rising between the PKK and the KDP and what began as a war of words has erupted into deadly clashes. Alarmingly for Kobane and Washington, the YPG was drawn in when KDP Peshmerga and PKK fighters exchanged fire in a Dec. 16 skirmish around Fish Khabur.

PKK sources insist that the KDP is bent on sabotaging the talks and is deploying KNC-linked Syrian Kurdish forces against them inside Iraqi Kurdistan to create further bad blood.

The KDP and the KNC deny the claims and say it’s the PKK that is seeking to derail the talks. They blame a recent spate of attacks against KNC offices inside northeast Syria on the PKK. The muscle flexing is meant to remind the Americans, the PYD and the KNC alike that the talks cannot proceed at their expense.

Several sources with close knowledge of the talks, however, tend to blame the KNC, saying they went far better than the KNC had ever anticipated. “They got cold feet in October, when Mazlum [Kobane] offered them a package on removing [PKK] cadres [from the civilian administration], PKK posters, flags and the like and committing to a resolution on education, conscription and detainees,” one of the sources noted.

The KNC also succeeded in bagging 50% representation on the proposed Shura Council even though it’s far weaker than the PYD. Yet the KNC went on to demand 50% control over the autonomous administration itself, with little to offer in exchange.

“They didn’t actually need the PKK mentioned [in the text of the final agreement] but they needed a stalling mechanism because Turkey was getting increasingly agitated with the progress in the dialogue. There was an opportunity for a deal in October and the KNC wasn’t ready,” the source said. KNC officials refute this version of events, saying wrangling over whether to mention the PKK by name in a final text were on the verge of being resolved. 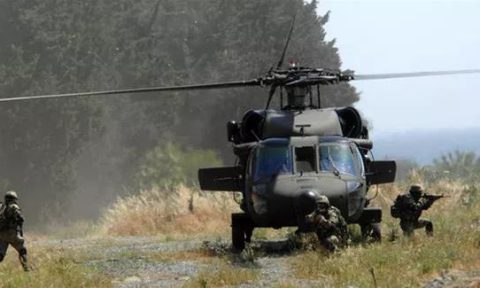 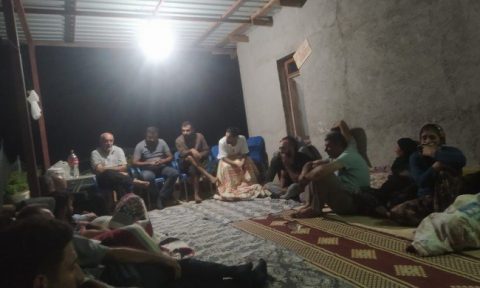 A former member: “Having economic and family problems, I was deceived by PJAK”