Quoting local sources, the Iranian Kurdistan Human Rights Watch (IKHRW) has recently reported that Haval Hamza, an Iranian member of the PJAK terrorist group, had been infected by COVID-19, but PJAK leaders prevented him from medical treatment. Since the beginning of COVID-19 outbreak, the IKHRW had warned on the lack of hygiene in the PKK/PJAK camps and this for the movement of its members on the border areas aiming at extortion.

These members are either infecting each other or the local people of the border villages. This is while the IKHRW has been publishing alarming reports on PJAK camps saying as the outbreak by the group could harm the local people when being extorted by PJAK. Surprisingly, PJAK/PKK claimed that these people were killed due to Turkish attacks. The IKHRW reported that more than 80 people had died of COVID-19 in PKK camps, as the local reports and credible sources have confirmed it for the IKHRW.

The PKK has always announced its casualties, internal killings as killed in the war with Turkey and the Turkish army’s airstrikes on the Kurdistan Region. The delay in announcing the death of PKK/PJAK members is an important point in this regard. It takes weeks, months, and even sometimes years for the PKK and its news agency to confess the death of a member. This increases the likelihood of members being killed while escaping or dying of COVID-19.

As reported in the latest example, “Haval Hamza” died of COVID-19, but the Firat News Agency announced on February 6 that “Hamza Rojehlat” joined the martyrs while he was carrying out revolutionary duties! The data of the personal identity of this victim of PJAK terrorism announced as follows:

Date and place murdered: 7 February 26 2021/ Camps of YRK the military branch of PJAK.

As we know Nasser Alizadeh’s name had already been mentioned in the reports by the IKHRW early 2020. The IKHRW had published a well-documented report that a number of Iranian teenagers and young people were buried in PJAK headquarters and non-standard caves in the group due to avalanches and heavy snow, and possibly killed. Kaveh Saqezi, a member of PJAK, was responsible for the abduction of these teenagers. The news, which was first published in the IKHRW, led to numerous reactions and questions in the Kurdish regions of Iraq and Iran. At that time, the IKHRW asked the PJAK leaders to investigate the matter further and to continue their investigation, as well as to ask questions on the fate of these children and adolescents. Nasser Alizadeh’s family told IKHRW that they were very worried about their son’s life. Nasser’s father had told our correspondent: “My son was deceived and recruited by PJAK in automn 2009. He is married and has a 4-year-old son. My son has left his wife and child. I tried and insisted on his going to school many times, but he did not even finish primary school. We have not heard from him since last year,” his mother told the IKHRW. Nasser’s wife and child live with us and the economic situation is very bad. Nasser worked for the family. He left us, while his wife has to work as a laborer and nobody knows what will happen, we are always waiting for even one phone call from Nasser. But we know that the first thing the PKK/PJAK does is to cut the ties with the family. Nasser’s four-year-old son is constantly asking on his father, his wife is also undecided and just waiting.”

After more than a year of ambiguity, the PKK has announced that Hamza was killed on February 2021; but the Firat News Agency announced his death 10 days later. If a PKK member has been killed in an accident, why should the news of his death be announced 10 days later? It is a most probable that the PKK was looking for an excuse to anounce as the reason of his death during these 10 days, and since the group does not want to admit the COVID-19 outbreak in its camps, it has announced an accident as the cause of his death. It is not clear what kind of accident can kill a person in the mountains? Has Hamza fallen down from the mountain? Why does the PKK not tell the truth and why should Iranian young fall victim to the PKK-Turkey war? 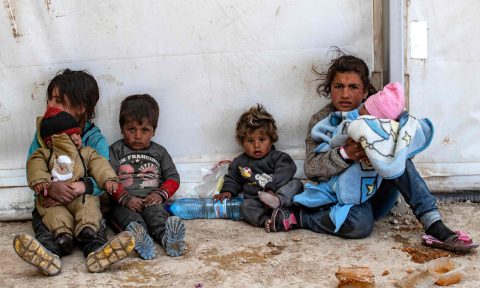 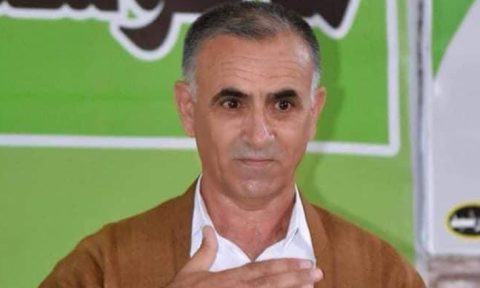 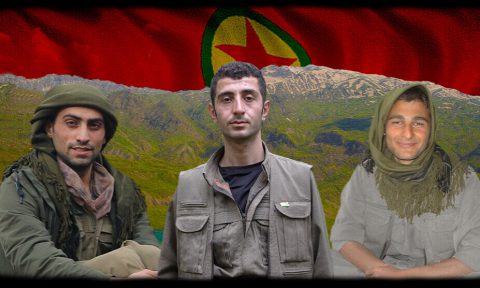