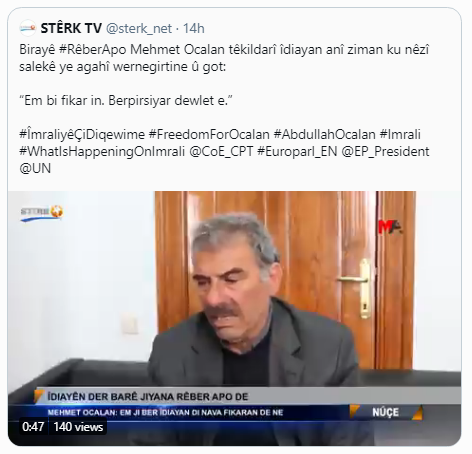 Kurds around the world are boiling with anger. They are planning a general uprising to demand news about the imprisoned PKK-leader (Kurdistan Workers’ Party). In over a dozen European cities, such as Stockholm, Paris, Dresden, Frankfurt, The Hague, Kurds have already taken to the streets with yellow flags showing a picture of their leader, and slogans demanding his freedom. There have also been demonstrations in Greece, Cyprus, North-East Syria and Canada. 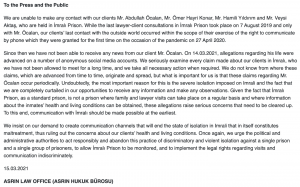 Since March 14th, rumours have been circling on the internet that Ocalan has deceased on the Turkish prison island Imrali, where he has serving aggravated life sentence since 1999.
The rumours were followed by a statement of Asrin Law Office, the lawyer’s office that has been representing Ocalan since his trial. It stated that they have not been able to make contact with their client since 27 april 2020. They have applied to Bursa’s Chief Public Prosecutor’s office for immediate contact with their client.

The Kurdish umbrella organization in Europe (KCDK-E) has launched an urgent appeal and calls for urgent action for Abdullah Ocalan, which has already resulted to protests all around Europe last night.

Their statement read, “The Bursa Chief Public Prosecutor’s Office’s denial is in no way trustworthy. Both to end the speculations and discussions and to bring the truth to light, it is necessary to establish immediate contact with Abdullah Öcalan and his three fellow prisoners Veysi Aktaş, Ömer Hayri Konar and Hamili Yıldırım. Until this happens, the Kurdish people should not leave the streets.”

Abdullah Ocalan’s brother – Mehmet Ocalan – has given a video statement to one of the PKK-affiliated TV stations, Sterk TV. In the broadcast concerning his brother’s alleged death, he stated: “We are very worried about Ocalan’s wellbeing. The [Turkish] government is responsible for what will happen.” 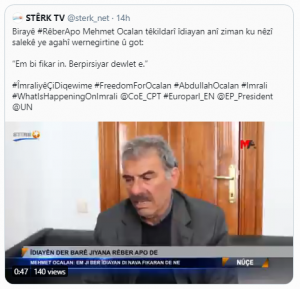 Abdullah Ocalan founded the Kurdistan Workers’ Party (PKK) in 1978, in the midst of the right- and left-wing conflicts which culminated in the 1980 Turkish coup d’état. In July 1979 he fled to Syria, where he resided in Syria’s capital Damascus. In 1982 Ocalan’s recruits started to train for the armed insurgency of Turkey. In 1984 they officially became a paramilitary group.

Training was provided in several camps in Syria. At the same time, groups of its members started to receive training from the Palestine Liberation Organization (PLO) in Lebanon’s Bekaa Valley, in Syrian-controlled camps.

Until 1998, Ocalan remained in Syria. As the situation deteriorated in Turkey due to the large number of PKK attacks, the Turkish government openly threatened Syria over its support for the PKK. As a result, the Syrian government forced Ocalan to leave the country but did not turn him over to the Turkish authorities.

He was captured in Kenya on 15 February 1999, in an operation by the Turkish National Intelligence Organization (Turkish: Millî İstihbarat Teşkilatı, MIT) reportedly with the help of the Israeli intelligence office Mossad, and the American CIA.

The aftermath of his capture

The hurricane unleashed by the capture of the Turkish Kurds’ guerrilla chief carried away three lives when security guards opened fire on protesters as they broke into the Israeli consulate in Berlin. Kurds living in Germany were threatened with deportation if they continued to hold demonstrations in support of Ocalan.

In what appeared to be a concerted attempt to put pressure on the European left on Mr Ocalan’s behalf, PKK supporters seized a member of Germany’s ruling Social Democrats the party’s Hamburg office; he was later released. They also occupied Social Democrat offices in Stockholm and Vienna. In Copenhagen, another group stormed the premises of the European Commission. Demonstrations continued throughout Europe for the whole month of february, 1999.

Fears arise for the repeat of these events if Abdullah Ocalan is indeed proven dead. 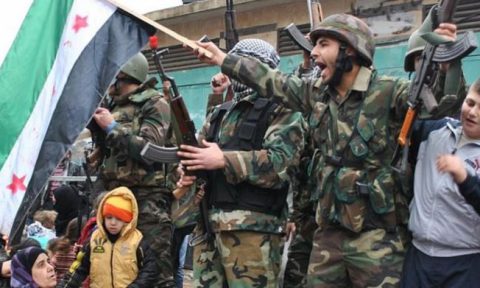 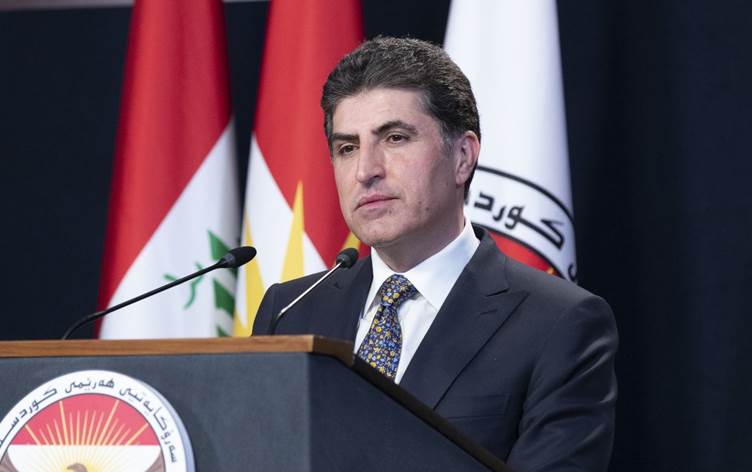