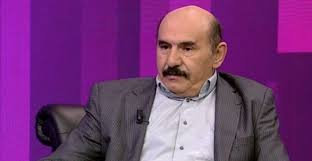 Osman Ocalan, former member of the PKK leadership council and the brother of the group’s leader, who accused the PKK of cracking down dissent and criticism within the group and fled the organization, said in an interview that he had met Recep Tayyip Erdogan’s envoy to the peace process.
He says the meeting took place four months ago and focused on a new peace process.
Former member of the PKK leadership council said, “during a four-day meeting with me, Erdogan’s special envoy talked to me about various issues related to the peace process and was informed of my views on this issue.”
Brother of PKK leader added “it was four months ago. Someone, as Erdogan’s special envoy, announced his intention to meet me. We discussed various related topics for four days. I expressed my views. I announced that the PKK “does not cooperate intentionally, and there was a good ground for dialogue during the municipal elections.”
According to Ocalan, “that person declared that I should also have a positive approach to the new peace process and asked me if it was possible for the PKK to soften or not. I also replied that the PKK “not only will not soften, but it will get tougher.”
Osman Ocalan also referred to the imprisonment of Salahettin Demirtas and said that this was illegal because Demirtas’ actions were within the framework of law and rights. This former member of the PKK criticized the approach and actions of the PKK in the Kurdistan region, and said that the situation should be carefully monitored and a proper position taken. I find the approach of the PKK violent.
It is worth mentioning that the Turkish presidency has not yet issued a statement on the possibility of starting a new peace process.