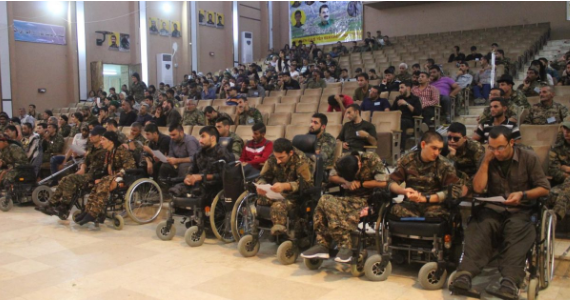 According to the Iranian Kurdistan Human Rights Watch (IKHRW), several analysts and news websites in Belgium have shown protest against the proposition made by two parliamentarians to issue 50 humanitarian visas for PKK fighters, after their visit to North-East Syria. The writer and lawyer Fernand Keulenaar, famous blogger Willy van Damme, and freelance journalist Hedwig Kuijpers have shared articles considering this trip. The story is that two members of the Belgian parliament traveled to Syria and met members of the Syrian Democratic Forces (SDF). Various institutions in Belgium believe that these meetings, while legitimizing the disintegration of Syria, have provided the basis for a kind of exchange. The SDF forces hand over European terrorists who are members of ISIS, in return for the legitimacy, medical facilities, and means of transporting their members to Europe for treatment. Various Belgian websites, critical of the actions of these two politicians, have emphasized that the entry of Kurdish members of the SDF into Belgium will have various consequences, and that this group is dangerous, as members of the SDF with an ideological mentality affiliated with the PKK remain in Belgium and, ultimately, threaten the national security of Belgium and the security of Europe.

Earlier this month, a Belgian delegation consisting of members of parliament and members of legal-humanitarian bodies, including Koen Metsu (N-VA) and Georges Dallemagne (cdH), visited the Kurdish region of Syria. According to these lawmakers, the meeting focused on security issues, humanitarian issues and, most importantly, how to deal with Belgian jihadist extremists and their wives and children imprisoned in the region. According these parliamentarians, the visit was mostly about security issues, humanitarian issues and most of all, how to deal with the Belgian jihadi’s and their wives and children that are trapped in the area. OCAM (Belgian intelligence service) estimated that 15 women and 45 children with the Belgian nationality are currently in al-Hol camp. Al-Hol has been named ‘Europe’s Guantanamo’ by the RSI. It’s a large meddle of tents, surrounded by barbed wire in the desert of North-East Syria. Thousands of wives and children, belonging to foreign Jihadists, are being housed here, waiting for repatriation. The Syrian families have gone home by now, the Kurds let them out of the camp on a tribal deal. Life in this camp is extraordinarily dangerous. There are often knife fights between the female residents of the camp, surrounding religious disputes, money or thievery.

Jihad Omar stated to the Kurdish news agency ANHA: “We have pressed there is need for a Belgian representation in the region, as this might encourage other parties, organizations and forces to make such step.”

The belgian delegation returned home with a very interesting proposition. Metsu and Dallemagne returned home with the complete medical files of 50 wounded Kurdish fighters that they would like to see treated in Belgium. (Hey, wasn’t this visit about our jihadi’s?) They had gotten to known these fighters while visiting a Kurdish organization for wounded militia members in Qamishlo.

“Giving entrance to 50 Kurdish fighters to Belgium does have a few complications. An act like this causes quite some political pressure. These Kurdish fighters are – however you’d like to turn it – affiliated with the PKK, an organization that Belgium among others has listed as ‘terrorist’. Also, the problems the PKK has with other Kurdish parties, a list of human rights violations and the years-long banning of rival parties from North-East Syria might complicate making such a politically loaded decision. Just a few days ago the Syrian Kurds have apparently tried to infiltrate the Kurdistan Region of Iraq with 50 of their forces, resulting in exchange of fire.” [1]

“Of course, the Kurds are the world’s largest stateless minority, they’re horribly oppressed in Turkey, and the civilians over there (in all of Syria, not just the Kurds) need our help. But exactly which party are we going to support, and which ones aren’t we? There is a complete ABC of Kurdish political parties after all. Does the PKK represent the Kurdish people? Or is it just one of multiple factions? Should we just get the PKK off the terror list as well then? An act like this poses a lot of questions.

And after these questions are responded to, there remain some practical issues. To be able to transport 50 wounded fighters to Belgium, there will have to be 50 short-stay visas, that the state secretary of asylum and migration needs to agree to. That’s a procedure that needs evaluation and controlling. In the SDF aren’t just Syrian Kurds fighting, but also Kurds from Turkey, Iraq and Iran. Many of these die-hard PKK cadres have been fighting alongside the PKK for years and lead the Syrian recruits in battle. Point is, this group of fighters is often wanted by authorities in their own countries, and often do not possess passports. Are they welcome too?

And what happens after the evaluation, controlling, hospital visits, revalidation etc..? Will the fighters simply return home?”[۲]

Our correspondents have learned that there is currently a Belgian delegation made up of parliamentarians and NGO directors visiting North-East Syria, in preparation for the next Geneva talks.
This delegation consists of George Dalman and Koen Metsu, both Belgian politicians, Philippe Vansteenkiste, director of the NGO Victims Europe, Heidi de Pauw of the NGO Childfocus, Rudi Melek of NAVT (Network of Associations of Victims of Terrorism).
In response to the news of their visit to North-East Syria and talks with SDC officials, we have sent the following written request to the personal accounts of these five politicians and the offices of these three NGO’s, in a request to investigate the presence of Iranian PKK cadres (which is denied by this group) and a request from their families to provide them with information about their childrens’ whereabouts and the return of the bodies of the fallen Iranian fighters. Though this request contained proof on the allegations made, we have unfortunately not received any responses of neither the Belgian politicians, nor the UN-related NGO’s they respond to.

Here is the English translation from the original Dutch letter:

I have heard through Kurdish media outlets that you are currently visiting North-East Syria on behalf of the Belgian government, Victims Europe, Network of Associations of victims of terrorism and Childfocus. As a journalist with a focus on the Kurdish question, I am very interested in the course of your current visit.

During my travels to the Middle East, including Syria, Iraq and Iran, I gained unique knowledge of the state of affairs in this area. I have therefore built up contacts in local NGOs that fight for human rights, the law of war and the rights of the child.

On behalf of my dear friends from the IKHRW (Iranian Kurdistan Human Rights Watch), I would therefore like to present to you the unique situation of the underrepresented Iranian citizens in North East Syria.

You must have noticed in your preliminary investigation that the Autonomic Administration of North-East Syria is affiliated with the PKK, an organization that is classified as a terrorist in Belgium. Despite the fact that the local groups denies ties with this organization, and has indicated that there are currently no foreign PKK cadres in Syria, there are apparently several Iranian PKK cadres in North-East Syria. I can easily demonstrate this to you via some social media accounts:

http://www.twitter.com/AmirMazdak or Amir Karimi, known in PJAK as Mazdak, working as an ideological framework and in the development of the University of Rojava in Kobane. Amir Karimi was elected in two thousand and eight as chairman of the PJAK, the Iranian branch of the PKK.

https://www.facebook.com/zagros.rojhilat.94 aka Emir Ehmedi, currently working as a journalist for Aryen TV, a TV channel affiliated with PJAK, the Iranian arm of the PKK.

http://www.facebook.com/kawa.saqzi1 aka Kawa Saqzi, a wanted man in Iran for kidnapping minors for PJAK, currently in Qamishli.

https://www.ikhrw.com/en/article/the-peculiar-story-surrounding-the-tragedic-death-of-asrinmohammadi/ This is the story of Asrin Mohammadi, whose family I personally interviewed, an underage girl recruited by Kawa Saqzi.

In addition to these well-known PKK members, countless Iranian youths are also entangled in the web of the SDF (Syrian Democratic Forces). Because these young people perform military work, they do not have a smartphone or other means of communication with their home country. Their families are very concerned.

I understand that it will be very difficult for you as a Belgian representation on an introductory trip through North-East Syria to actively do something about this. I would, however, request you to investigate the fact that in North-East Syria there are still numerous Iraqi, Iranian and Turkish PKK cadres present, which in fact prevent the local population from organizing itself better and therefore in fact no democracy is present. The local communes and authorities are apparently mainly there for appearances. And an organization that tries to hide foreign members from the world is apparently not a reliable partner for Belgium.

A second request is the following: Iranian families of victims can not get the bodies of their children who died in North-East Syria back. They do not know where their children are buried. Also, the deaths of their children are often not reported to the families until months or years later. And actually not told personally at all, but reported on TV channels or social media accounts. The biggest complaint from parents of adult children at the PKK or a sister organization is therefore the great concern and not knowing their children’s fate. Did their child really die? Is their child still alive? I would therefore appreciate it very much if you would ask these organizations to provide clarity in these heartbreaking situations during your journey.

If you need more information, we can provide you with English interviews, video recordings and even complete translated books. 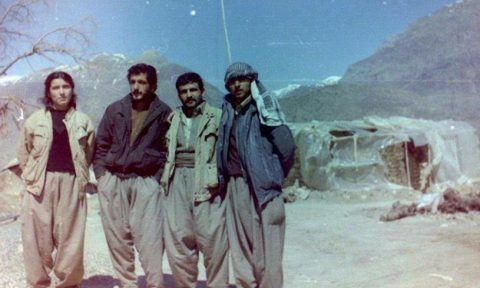 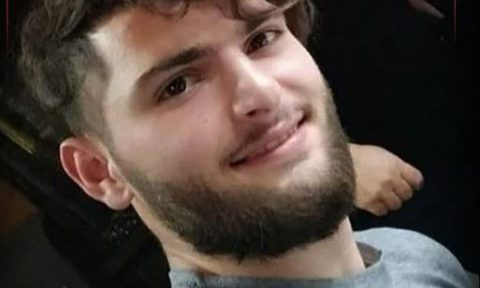 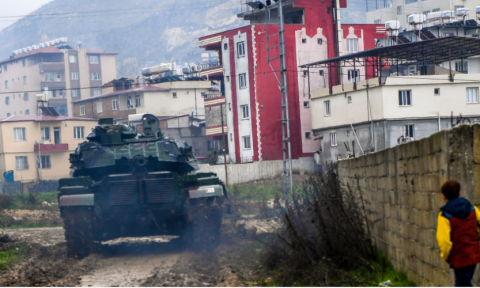