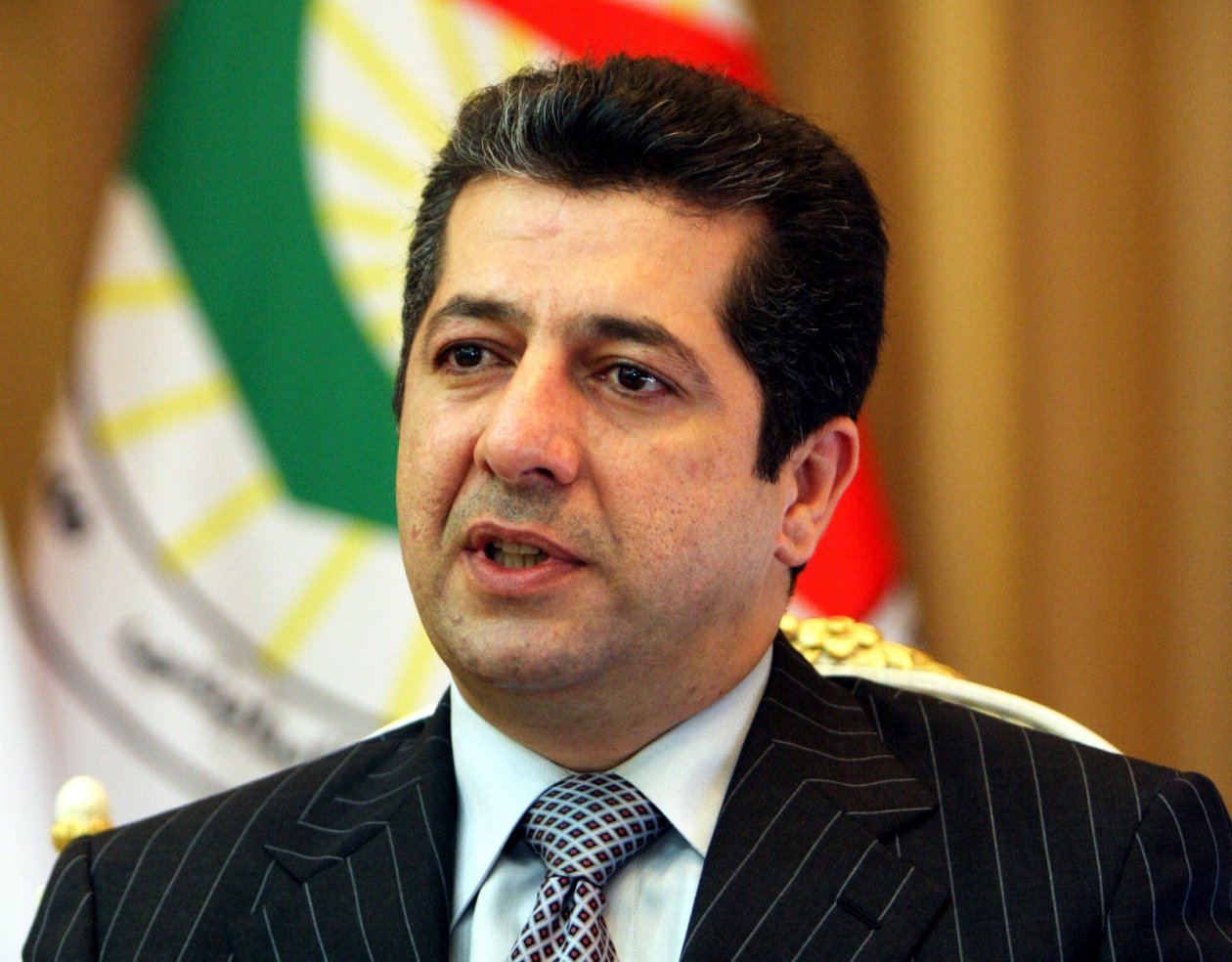 Kurds once billed themselves “The Other Iraq,” a region where democracy and security thrived, but today Iraqi Kurdistan is on fire. Security forces gun down protestors, Kurdish civilians return the favor, and protestors burn political party flags and even photos of Kurdistan Democratic Party (KDP) founder Mulla Mustafa Barzani.

Iraqi Kurdistan as the other Iraq was always a lie: The region was a fiefdom for two ruling families—the Barzanis and Talibanis—who, in practice, stood above the law. While Iraqis unseated incumbents in Baghdad, Kurdistan Democratic Party (KDP) Masoud Barzani—until eighteen months ago, the president of the region, long sought to sidestep term limits simply by extending the duration of his final term. Security was also tenuous, based less on the competence of the Parastin, the KDP’s security agency long run by Barzani’s eldest son Masrour, than by the KDP’s ability to channel resources, especially the region’s oil wealth, into a pyramid scheme of corruption. Simply put, the Barzanis had few friends whom they did not pay.

Kurds are now in open rebellion. Masoud passed the reins of power to his son Masrour less because of Masrour’s competence and more because he was the eldest son. While reported violence has been greater so far in Sulaymani, this is less because grievances are greater on the Patriotic Union of Kurdistan (PUK) side of Iraqi Kurdistan—they are more or less the same—and more because Sulaymani has a greater tradition of protest and a leadership which tolerates it a bit more. In Erbil and portions of Kurdistan over which the Barzanis maintain dictatorial control, military equipment donated by the West in order to fight the Islamic State but never used for that purpose is now deployed against the civilian population.

The real problem, however, remains Masrour’s decision-making. While he blames his predecessor, his cousin, and now-president Nechirvan Barzani for the dire situation in Erbil, Nechirvan’s government was always more competent, even amidst financial various financial crises. When Masrour took over, he sought not competence, but blind loyalty. As such, he effective created a Parastin government, transporting long-term Parastin officials into political positions. There, their main job appeared insuring loyalty to Masrour and his business interests rather than working toward the development and prosperity of Kurdistan.

Consider, for example, Minister of Interior Rebar Ahmed. He was, for seven years, an active member of the Parastin and, prior to that, worked several additional years in partnership with it. In his current role, he overseas the police forces and deploys them first and foremost against anyone deemed anti-Barzani rather than those who actually contravene the law or commit crimes.

Then, there is Minister of Health Saman Hussein Muhammad (Saman Barzinj). He controls all hospitals, both public and private, and controls the distribution of medical supplies. I had already reported on a maneuver pursued under his watch (and with the assistance of Nechirvan’s son Idris) to transform a charity hospital into a private, for profit clinic. During the coronavirus crisis, Kurds report that he has almost exclusively awarded medical supply contracts at very high prices to companies belonging to the Parastin through Parastin businessmen. The net result has been a windfall profit for the Parastin’s inner-circle at the expense of the health and welfare of ordinary Kurds.

The Parastin has long considered Alan Hama Saeed Salih, whom Masrour appointed to be minister of Education, to be a trusted ally. While a resident of Sulaymani, he worked as a KDP operative, at a time when the local KDP branches were best known for firing live ammunition at protestors. While the minister was an unaccomplished academic, Masrour apparently seeks to utilize Alan to implement a curriculum to brainwash a younger generation into loyalty to the KDP and its narrative. This, of course, is unrealistic—in an age of social media and with so many Kurdish family members living abroad and reporting on the reality of the situation from afar, it is impossible to so shape the new generation—but the fact that Masrour and Alan try simply illustrates the bubble of fantasy and ambition in which Masrour has shrouded himself.

Masrour has likewise used Pshtiwan Sadq Abdullah, the minister of religious endowments [Awqaf] and affairs, in order to control religious opposition to the rein of corruption. Pshtiwan is a former KDP politburo member and, according to residents of his hometown of Erbil, also a high-ranking Parastin.

The minister of Municipalities, Sasan Othman Awni, comes from a similar pedigree; between 2005 and 2009, he was the director of the Parastin, even if Masrour was in reality in charge. He is among Masrour’s most trusted security service allies and today to utilize his position to oversee the distribution of Kurdistan Regional Government lands to Masrour, his financial agents, and his allies in order to enable Masrour and the Parastin to profit from their development and sale at a time when Masrour’s government defaults on salaries for most civil service employees.

Kurds also report that the top credential of Umed Sabah Othman, the president of the Diwan of the Council of Ministers (basically, Masrour’s chief-of-staff) is to ensure opacity over Masrour’s political and financial dealings at a time when shortages make the need for transparency even more important. Mohammed Shukhri, the head of the Kurdistan Regional Government’s Board of Investment, is also firmly ensconced in Masrour’s Parastin inner-circle, as he blurs the lines between government, party, and personal holdings, and channels most investment if not to Masrour himself than to the Parastin and its commercial interests.

Masrour may value Parastin service, but he should not confuse the loyalty close aides showed him with competence. The basic problem with Masrour’s government is not what proceeded it, but rather corruption and incompetence. Customs and property taxes have increased in some cases up to 300 percent. Kurds recognize they pay higher rates than Switzerland while Masrour delivers the services of Somalia. Put another way, Erbil has become a city of first world restaurants and third world hospitals.

That Kurdistan is on fire should not surprise Masrour. He may believe that brute force may smother the flames, but he should be under no illusion that he cannot extinguish the embers, for they exist not because of freedom but rather because of endemic corruption and exasperation at growing mismanagement. Kurds deserve democracy; the human capital of the region is truly amazing and is constrained only by the existing party apparatus but, realistically, the Barzanis have no interest in pursuing democracy because it would mean the end of their power. They may face that eventually, however, if they believe the status quo is tenable. If former president and tribal chief Masoud truly wants his party and experiment to survive, he should recognize that it is time to retire or demote his eldest son and perhaps return the reins of power, at least on a provisional basis, to nephew Nechirvan. Nechirvan may have, like his cousin Masrour, tolerated corruption and participated in personal enrichment schemes, but unlike Masrour, Nechirvan both recognized that to win respect he could simply not rely on fear and also that there could be no peace without service to constituents. For the sake of all Kurds and the honor of the Barzani family, it is time for Masrour to resign.

Michael Rubin is a resident scholar at the American Enterprise Institute and a frequent author for the National Interest.

Previous « A Report on the Consequences and Threats of the PJAK Group in the Border Areas of Western Iran: How they annoy the people (Part 1)
Next Deir ez-Zor countryside | SDF storms house of leader’s brother of regime-backed “Tribesmen Army” » 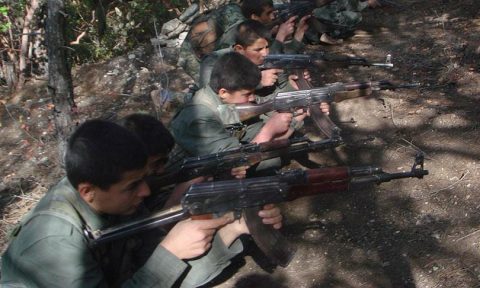 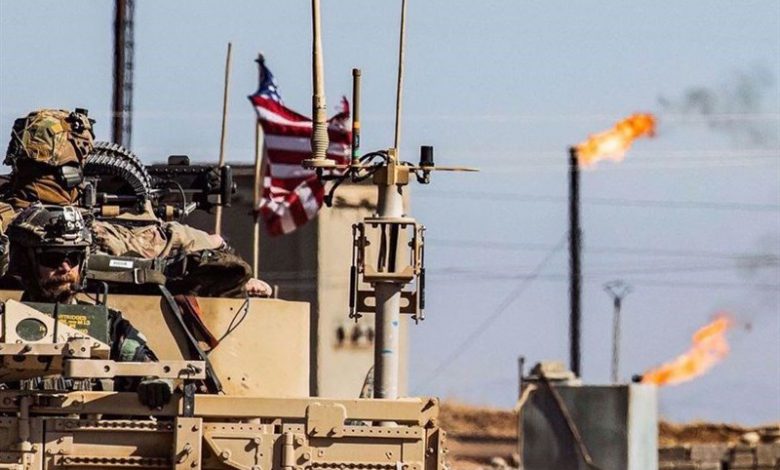