On January 2, 2020, the Grand National Assembly of Turkey passed a one year mandate in order to deploy troops in Libya. On 5 January, Turkey started to deploy troops in Libya.
Engaged in two wars simultaneously in Syria and Libya, Turkey appears far from achieving its stated objectives on both fronts. The Syrian battlefield escalated dramatically after the killing of at least 36 Turkish soldiers in Idlib Feb. 27, but Turkey’s retributive strikes on Syrian forces resulted in little change on the ground by March 5, when it agreed to a cease-fire deal with Russia. Turkey’s war in Libya, meanwhile, has been more secretive, with the Turkish and international public often in the dark about the operations on the ground.
Turkey’s military plans in Libya appear to be stumbling with its presence increasingly under attack and the diplomatic front is becoming more complex. The Tobruk-based government, which supports Gen. Khalifa Hifter’s Libyan National Army, the adversary of the Turkish-backed forces, sent a senior delegation to Damascus March 1, aligning with the Syrian government amid the crisis in Idlib. The two sides signed a series of protocols, including on cooperation against terrorism and foreign fighters, and reopened the Libyan Embassy in Damascus. In a sense, Turkey’s intervention in Libya earned Syrian President Bashar al-Assad another ally.
But let us skip the political analysis, and take a look at ​WHO ​
president Recep T. Erdogan has exactly sent to Libya. Since the beginning of Turkey mongering in Libya, it has been actively recruiting Syrian refugees residing in Turkey, misusing their already vulnerable situation to trick them in fighting its foreign wars. Turkey has a reputation of using refugees as mercenaries in their wars, not sending its own military to become canon fodder, but instead form brigades of proxies.
Several organisations for Human Rights continue to monitor these shipments of Syrian mercenaries sent to Libya by Turkey. Reliable sources have confirmed that widespread discontent is prevailing among the Syrian fighters which have been sent to Libya, since Turkey abandoned its promises at a time when the Syrian mercenaries suffer from dire living conditions there.

An audio recording has been found, in which a Syrian fighter in Libya said that he regretted involving in the battle in Libya and he called upon everybody wanted to come to Libya not to do so, as the Turks did not pay the monthly salary (2,000 USD) as was promised. He said “Turkey paid our salaries for only one month. It has not secured any thing for us. Even cigarettes, we hardly got them. We stay in a house but we can not get out of it, since cells of Haftar’s forces are deployed throughout the area.”
“All of us want to return to Syria. There are patches have already get prepared to leave Libya to Syria through Al-Sham Corps”, he added. Other patches are reported to have surrendered themselves to Syrian al-Assad government officials and have been repatriated.
Accordingly, the number of Syrian mercenaries who joined the military operations in Libya and killed there rose to 151. The fatalities are of the factions “al-Mu’tasim Division, Sultan Murad, Suqur Al-Shamal Brigade, Al-Hamzat and Suleiman Shah”. Many families that remain behind in refugee constructions in Turkey are worried about their loved ones, while going through all the hardship of being a refugee amidst a global pandemic.
Many Syrians in Libya that have been interviewed by various media outlets, admit they are following the money that Turkey promised them. Those who fought with the pro-Turkish coalition in Syria received 550 Turkish lira per month, about $90. But in Libya, they not only take home $2,000 a month, but they receive $3,300 for an injury and $10,000 and a house for their family if they are killed. Tough economic conditions in Turkey – where many Syrians find it difficult to find work – makes that many find the deal too tempting to turn down.
The Syrian mercenaries in Libya have recently suffered heavy casualties near the capital city of Tripoli, as the Libyan National Army (LNA) continues to advance in several parts of the country.

Previous « COVID-19 crisis in North-East Syria leads to military take-over
Next Interview with families of Iranian child soldiers, members of the PKK and PJAK » 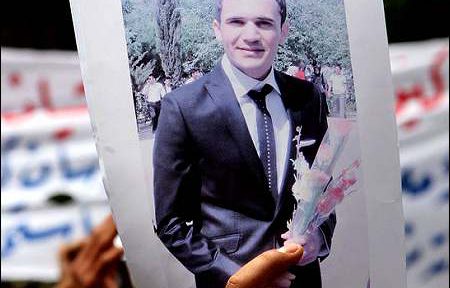 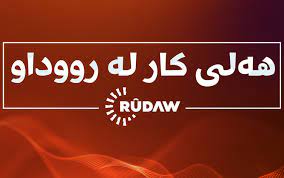 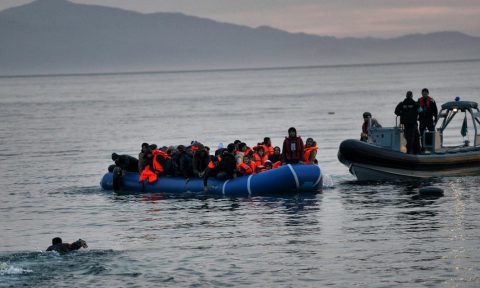