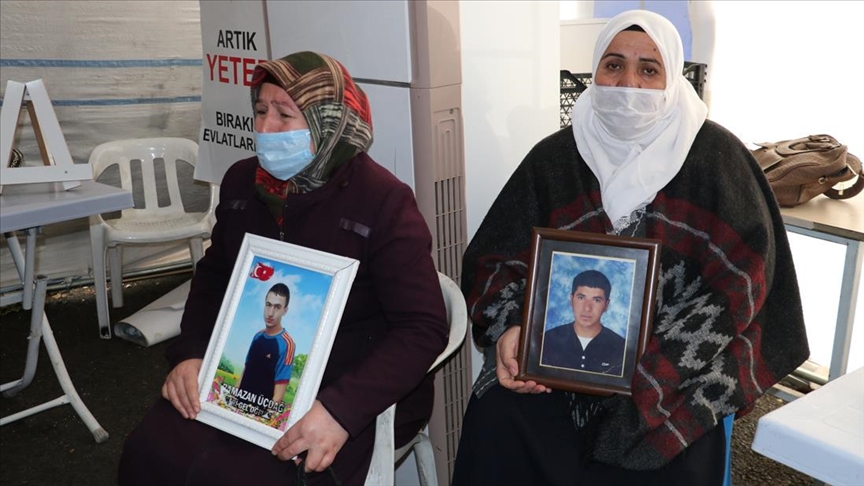 Group of families in southeastern Turkey await return of their children abducted, forcibly recruited by terrorists

Families of children abducted or forcibly recruited by the PKK terror group have been protesting for more than a year in the Diyarbakir province, calling on their children to lay down arms and surrender to authorities.

The protest began on Sept. 3, 2019 when three mothers said their children had been forcibly recruited by PKK terrorists. The sit-in outside the office of the Peoples’ Democratic Party (HDP), which the government accuses of having links to the PKK, has been growing since then.

Nihal Ciftci, a mother from the southeastern Hakkari province, joined the protest for her son Emircan, who was kidnapped by the terror group nine years ago when he was 14 years old.

“I could not be able to sleep until the morning. I could not get inside in winter days because my son was out in the cold,” she said.

Underlining that the HDP and PKK are responsible for the kidnapping of her son, she said that she will continue the protest until her son returns home.

Noting that the terror group had announced her son was killed in 2018, she said a DNA test result showed he was not her son.

Ibrahim Eregli, a man from the eastern Van province, joined the protest for his son Nevzat, who was kidnapped by the terror group seven years ago.

“I will not leave this place before my son comes back. I want my son back from the HDP. Let my son surrender to the state,” Eregli said.

In its more than 35-year terror campaign against Turkey, the PKK — listed as a terrorist organization by Turkey, the US, and EU — has been responsible for the deaths of 40,000 people including women, children, and infants. 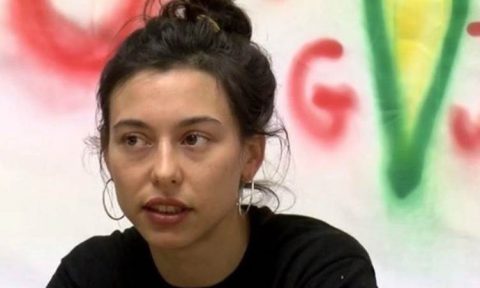