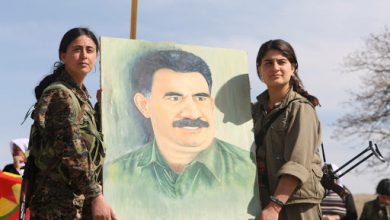 J. is a young German who has been in Syria for more than three years and has lived among PKK militias in northern Syria called the YPG. Due to her abilities, she became one of the top officials of the foreign branch of the YPG, sending this memoir specifically to the Iranian Kurdistan Human Rights Watch. Before getting  to Syria, J. was an anarchist and leftist, but is now a human rights activist. She lives in Germany now. In this note, she observes the fate of three child soldiers belonging to PKK affiliated groups in Syria. Sje writes as follows:

Every time I read an article or see the news talking about children’s rights, three people I have known personally come to my mind. Three persons that have suffered a lot at a very young age, while they should be in school, not at war.

The first one of them is a boy called Kamuran. I have not known him personally, as he was killed before I travelled to Syria, but I have had the time to get to know his mother quite well. G. came to my office, as she was looking for a job. I visited her home and gave her money a few times. G. was a mother in her early thirties who raised her four children alone in the city of Til Temir. Her son, Kamuran, was sixteen years old when ISIS fell into the small town. Kamuran was lured in the battle by the few senior PKK members and made up the resistance amongst other local youngsters. His mother stayed to help with the wounded in order to be near him and his older sister D. (18) fought in the ypj at that time. G. ‘s son got gravely wounded in battle and died in her arms at provisory hospital ran by heyva sor.

G. told me her son was small for his age, and was into playing football with his friends. He was interested in technical stuff and would fix broken devices at home. He wanted to study and become an engineer wjen he grew up. G. herself was left behind with her four other children, that she raised on the small wage malbata shehiden would provide them. She kept looking for a job in the many organisations that tev-dem set up in town but remained unsuccessful. As a young woman living alone, there were many rumours about her. Kamuran’s sister got out of ypj right after the death of her smaller brother. Traumatised as she was, she found her refuge in smoking cigarettes and shisha and hanging out with friends. She did not continue her education, as she felt she didn’t have a future anyway.

The second person I recall, is the girl assigned for my personal security. At the small office I ran, we had a very young security guard called R. She was a member of the asayish. R. was sixteen years old at the time, and very quiet. I have never seen her smile. Though she would sing heartbreaking tunes whenever I asked her. At the beginning of the Syrian civil war, her father died from illness and her brother fled to Turkey. Her brother did not bother to call home. R. lived in a very small house with her mother and 7 year old brother. They were very impoverished. She tried to invite me home many times, but I only went once. The house didn’t have carpets, we would sit on plastic chairs or on the concrete floor. Neither did the house have glass windows, just some plastic stabled and taped to the wooden frames.  The three-person-household lived from R. ‘s wage.

R. stayed at my office for three months. She would guard the main entrance and accompany me around town. After that, the Asayish called her to their headquarters where she received further

training. She didn’ t want to go, but simply couldn’t refuse since the Asayish provided them a living. I have learned later on, that she was sent to Raqqa. I wonder if she’s still alive or not.

V. AND HER NAILPOLISH

The third person was a young girl called V. I met her in Iraq, in the camp where the people that fled from Ypg/pkk were held. V. was sixteen years old at the time, and had spent the last two years at Kobani. When she was only fourteen years old, she was recruited in her hometown near the Syrian border in Turkey to come and fight against ISIS. She had escaped death many times. V. was very young and naive. I remember her crying from happiness when she put on nailpolish for the first time in years. She was very eager to tell me her stories, that were mostly about the female commanders that told her to smile less, talk less and play less, and ofcourse the boy she fell in love with and died. The boy, she said, was only a year older than herself.

V. was reunited with her parents after a few days and left for her home country. She was looking forward to go back to school.

There are hundreds of children still fighting in Northern-Syria, mostly lured in by propaganda or forced by their parent’s poor economical status. I have seen dozens of them, but have tried to provide you with different examples. Children should be in school and play with friends, not hold guns, stand guard or serve commanders.    Every time I read an article on children’s rights or watch a news story, three people I have personally seen come to my mind. The three at a very young age suffered a great deal while they could go to school, not war.

Previous « Violence against refugees; dead and injured
Next A Belgian doctor warns; Germany an immigrant hell » 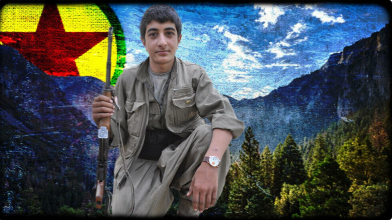