The PKK terrorist group and its Iranian branch, PJAK, which, contrary to its claim to defend the Kurdish people, are known only for killing Kurds, kidnapping and deception of Kurdish children and the underdevelopment of Kurdish areas in Iran play an important role in the deaths of Iranian youth. Terrorist movements, bombings and extortion are among PJAK’s crimes in the Kurdish and border areas of Iran. Iranian Kurdistan Human Rights Watch recently learned that an educated young Kurdish man from Bukan, Afshin Azizi, had been deceived by PJAK slogans and promises, and had joined the group and was eventually killed in Syria. In addition to killing Iranian youth in its war with Turkey, in Qandil and the Iraqi Kurdistan region, the PKK has apparently found Syria suitable for using Iranian youth.

Afshin Azizi’s brother revealed the details of his brother’s death in a short interview with the Iranian Kurdistan Human Rights Watch. He told the Observatory that PJAK and the PKK were violating the rights of families, youth and children, and that they would not even hand over the bodies of their troops to the family when they announced their deaths.

Afshin’s brother added: “Afshin was born in August 1990 in Bukan. Afshin, a computer engineering student at Bukan’s Azad University, was very interested in the field he had chosen, and even after completing his bachelor’s degree, he was admitted to the master’s entrance exam, when he was lured into joining PJAK. He was never motivated by terrorist and armed activities and only thought about his studies and career advancement.”

“We were four brothers and one sister. Afshin was the third son. One day when Afshin went to university. He did not return home. Afshin had just told his mother before leaving that he was going to Baneh for something related to university, and we also thought that he had gone to his university friends, so we had no doubts. If we had known or he had already mentioned about joining this group himself in the family, we would not have allowed him to join PJAK under any circumstances. Of course, I also blame myself. We’ve been in trouble lately, and we had an argument.”

“ After Afshin’s one-day absence, we were surprised and worried. We had no information about him and his phone was turned off. We went to the police station, but nobody had a clue where Afshin might be. We no longer knew about Afshin’s whereabouts,whether he was alive or not. Until we found out through PKK-affiliated media that he was killed in Syria. Isn’t this cruelty to the family? We have been waiting for  his return for a long time. But finally we heard the news of my brother’s death. Why should he be killed in Syria? Why didn’t he have the right to call us?”

Afshin Azizi’s brother told our correspondent about the family’s mental state: “During these few years, my mother had made life bitter for herself – and us – and has become depressed. Even now she is not well at all. Every few minutes, she says that she smells and remembers Afshin everywhere in the house. What did they do to our family?”

“I am a worker myself and my family is in a difficult situation,” he said of the family’s financial situation. Afshin was also unemployed after graduation and occasionally worked as a laborer. But these jobs were not very interesting for an educated person. The agents of the group inside the country know who to go to. Unemployed educated people are deceived by PJAK group into following vanished dreams. Afshin was an ambitious man. I have no doubt that he was transferred to the group with the promise of an ideal life and continuing his studies in Europe.”

Afshin’s brother emphasized that he had gone to Qandil to follow his brother’s fate, but PJAK members had denied his membership in the group. His mother also went to Qandil, but they did no even allow her to see her son from a distance. However she had begged them, they did not give in. Now she says: “If Afshin was not in Qandil; How was he sent to Syria? Who is responsible for his death? Afshin was studying and had plans for the future and was one of the exemplary students. PJAK buried all the plans and wishes my mother had for her child. Afshin was killed in Syria as a result of Turkish airstrikes. His body was also returned to Iran. This is the result of PJAK’s wars: “A depressed mother,   lost dreams, and grieving families.“

“All our problems in Kurdistan are due to poverty and unemployment of the educated.  Previously, these terrorist groups did not dare to approach the educated. But now, considering the employment and living conditions, they are going straight for our educated people, that are disillusioned an fall into a gap after graduating. As long as employment rates do not increase in Kurdistan,this situation will remain the same. The government must think about fundamentally changing their approach of the region.  Security and economy are the needs of Bukan, Baneh and the whole of Kurdistan today.”

Previous « Nureddin Mostafaei; Delayed announcement of death by PJAK and a mother’s stroke
Next Ocalan had a phone call with his brother » 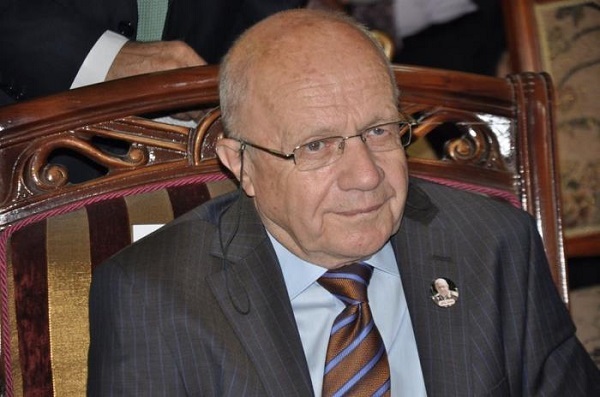 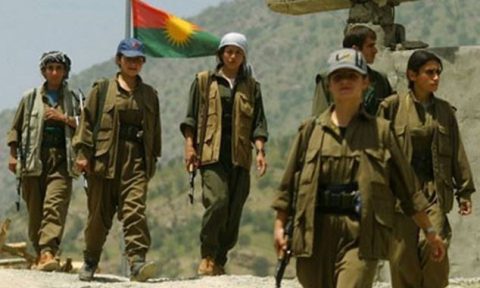 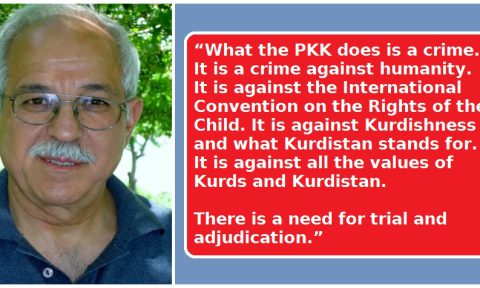