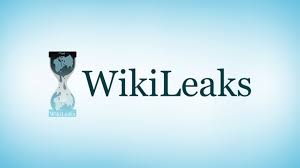 Who was behind Erbil’s construction boom?
Almost ALL major infrastructure projects were done by 8 conglomerates which are: Diyar Group, Eagle, Falcon, KAR, Nasri, Sandi, Silver Star and Ster.
According to Wikileaks: The “godfather” behind all these companies is: “Barzani clan”.
Here is the Wikileaks report which is a cable from then US consulate in Kirkuk to the Department of State: https://wikileaks.org/plusd/cables/06KIRKUK37_a.html
Kirkuk, Department of State . REASON: 1.4 (b), (d)

۱٫ (C) INTRODUCTION AND SUMMARY: Corruption is Kurdistan’s biggest economic problem. The two ruling parties’ dominant control lets corruption flourish. Corruption relies on family-clan and/or peshmerga ties. Kurdish corruption starts at the top with a few political “godfathers” who quietly distribute contracts among themselves. Some members of a younger, third generation of party leaders in alliance with reform-minded politburo members in both parties are pushing for reform. However, their efforts are unlikely to bear fruit until after the Kirkuk issue is resolved and Kurdistan’s borders are decided. (NOTE: The information in this cable was obtained from a variety of sources — Arab, Christian, Kurdish, Turcoman and expatriate businessmen and NGO workers — over the last six months. END NOTE.) END INTRODUCTION AND SUMMARY.

۲٫ (SBU) The biggest complaint most ordinary Kurds have about both the Kurdistan Democratic Party (KDP) and the Patriotic Union of Kurdistan (PUK) is their extreme corruption. Most Kurds
believe corruption permeates every level of the parties and the two Kurdistan Regional Governments (KRGs) they control: KRG-Erbil (KRG-E) and KRG-Sulaymaniyah (KRG-S). Most believe the two parties see the ubiquitous political controls they put on public life as necessary to protect their respective sources of illicit funds. Thus, common wisdom in Kurdistan links corruption and the democracy deficit.

(C) ORIGINS: A FISH ROTS FROM THE HEAD

۳٫ (C) The ruthless competition between the two parties has made them desperate to hold on to their supporters and win new ones. Neither party can afford to be pickier than the other in how it does this or who its allies are. Neither party thinks it can afford to hold its members accountable. The parties’ Soviet-style political system in which the formal government, including the judicial and legislative branches, is subordinate to the party robbed both KRGs of independent oversight. Loyalty became the paramount value; competence and honesty were dismissed. Once in power, party leaders took their rewards; their followers emulate them. Ignorance and ever-present worries about Baghdad also help to keep people’s eyes shut to the problem. Thus, in Kurdistan corruption spread from the top down.

(SBU) CORRUPTION BASED ON CLAN AND PESHMERGA TIES

۴٫ (C) Corruption in Kurdistan follows a patron-client model. The difference between the two regions is more one of degree. KRG-E corruption centers more on the Barzani clan; KRG-S corruption runs on old Peshmerga ties. The core of the corruption in both, i.e., “the godfathers” as one interlocutor termed them, lies with those who control the security forces. They keep the game running because controlling the guns means they can enforce their illegal contracts. Security forces, and thus corruption networks, depend on their patrons and thus seldom cross party lines, i.e., companies that do business in Erbil do not do business in Sulaymaniyah and vice versa. This extends even to the cell phone industry, e.g., Asiacell in Sulaymaniyah and Korek in Erbil. According to one Kurd in Kirkuk, Asiacell’s profits are divided 50:50 between three PUK politburo members and the company.

۵٫ (C) Some ministers and ministries are worse than others. In both KRGs, the Minister and Ministry of Municipalities are perhaps the most corrupt. One of many scams these ministers run
is extorting kickbacks from recipients of land awarded to them in recognition for their service to the parties. The minister and all of the officials who sign off on these land grants take a fee from the recipients. In addition, the minister will award some of the land to himself and some to his friends for a fee.

۶٫ (C) Government contracting is predictably rife with corruption. For example, in Sulaymaniyah, without a godfather one will not even receive the tender advertising the project. Fights between connected companies are not necessary because there is so much money floating around that everyone can get a piece. (Comment: This may not last. As the circle of corruption widens and deepens, eventually demand will outrun supply. End Comment.) The entrepreneur pays 10%-30% of the contract’s value to his “partner” and another 10% to the director of the government office issuing the contract. If it is a construction contract, one can use substandard materials and shoddy work to preserve the profit margin. The building inspector will pass it because he will have been told to do so even before he shows and he will get a payoff too. The office director will cut a similar deal to ensure any samples pass government lab tests.

۷٫ (C) Corruption is rife in the fuel business, as the existence of hordes of street fuel sellers attests. Fuel shortages are manipulated and perhaps created by the parties so as to drive up black market fuel prices. Also, fuel for Iraq is sold into Turkey and Syria. For example, in January 2006, a Kurdish resident of Kirkuk told IPAO the story of a newly-hired customs inspector who (in January 2006) noticed four fuel trucks coming from Turkey that were suspiciously heavy. He checked inside and found the tanks full of water, whereupon he arrested the drivers and impounded the trucks. That night, a high KRG official called the office and said those were his tanker trucks. The trucks and drivers were released with an apology from the officer.

۸٫ (C) Every large company is affiliated with one of the “godfathers.” If it were not, it would soon shrink for lack of business. Anyone investing in the north will be approached by someone not directly affiliated with the KRG leadership of that area who will take a 10%-30% stake in the company or project. The real godfathers never reveal themselves. In Sulaymaniyah, we hear there are three or four of them and they are all PUK politburo members. If anyone tries to cause one of their companies a problem or take away a contract, the godfathers just say, “That belongs to a cousin of mine” and the matter is dropped.

۹٫ (C) Corruption has warped the growth of the entire Kurdistan economy. For example, the leading private companies in Kurdistan are all vertically integrated cross-sectoral conglomerates, e.g., Diyar Group, Eagle Group, Falcon Group, KAR Group, Nasri Group, Sandi Group, Silver Star Group and Ster Group. These conglomerates tend to have construction, import-export, logistics, real estate and security subsidiaries. All of these companies are alleged to be allied to one or more non-competing “godfathers” in the local ruling party. The vertical integration is necessary because corruption means that one cannot allow well-connected rivals to control the goods and services one needs to operate. So, these politically connected entrepreneurs import inputs, organize the shipments, protect the shipments and work sites, buy the real estate and build the projects themselves. Capabilities across sectors allow a conglomerate to compete against other client firms of its patron for any contract its patron may land.

۱۰٫ (C) The economies and governments of the Kurdish north are tightly wrapped in the tentacles of the KDP and PUK. Those tentacles are extending into the Kurdish-inhabited border zones of Ninawa, Salah ad Din and Diyala provinces and Kirkuk as the biggest prize of all. In Kirkuk, we are told the KDP focuses on land speculation and the PUK on contract fraud. With Kirkuk still up for grabs, albeit more tightly bound to the PUK than KDP at this point, business remains depressed. Companies await a victor in the turf war so they can shop with confidence for a lasting patron.

۱۱٫(C) A western expatriate businessman in northern Kurdistan acknowledged the widespread corruption, but notes that many party leaders do not see what they do as wrong. They think of it as just compensation for all their sacrifices in the struggle. The second tier of leaders in the KDP and PUK politburos below Barzani and Talabani also participate in the corruption. However, the third generation of leaders divides between those who want their turn at the trough and those who want to end corruption. The last group is allying itself with second-generation leaders, such as the KDP’s Nechirvan Barzani or the PUK’s Nechirwan Mustafa, who also support change. Our source notes that Barzani, Talabani and second-tier leaders already have their bank accounts, homes and family members abroad, as well as substantial assets inside the country. He believes that, so long as they can enjoy the fruits of their labors, they will not stop the change. Also, they know that everything they have built for Kurdistan will be lost if reform does not come.

۱۲٫ (C) Corruption is the main economic problem in the north. Corruption chases away much legitimate investment (although the Kurds have been wise enough to wield corruption as a tax and not a confiscatory device), delegitimizes the whole idea of free markets and democracy, increases the (still small but growing) support for Islamic parties and increases the power of the corrupt, making it less likely they can be pried out of their positions. Furthermore, intra-Kurd corruption feeds the fears of Arab, Christian and Turcoman minorities in Kirkuk that they will be completely shut out of government jobs (still the vast majority of all jobs here), contracts and markets by KDP and PUK loyalists. This is a legitimate concern and it makes a violent explosion over the future final status of Kirkuk more rather than less likely. However, real internal reform is unlikely until after the Kirkuk issue is settled and the other borders of Kurdistan finalized. Only then will the reformers and their supporters have the space to undertake internal reforms. DEAN 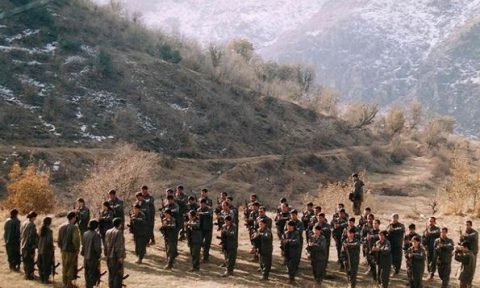 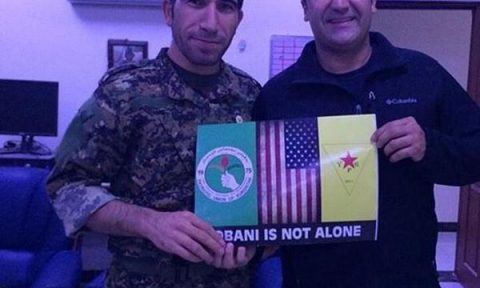