People, like governments, have rights, and at the same time, duties in every society. One of the most important rights of the people is the right to free and fair news and information. With the rapid growth and development of technology, the ways to access news and information have been greatly facilitated, but this does not mean that any news and information presented in any way, is true. That is why it is a border between reliable and unreliable news sources, and so out of thousands of news sources, news agencies, television networks, websites, only a few are as reputable … that can attract the attention of the audience. What some Persian-language TV channels do outside of Iran can also be analyzed in this regard.

One of the main tasks of television networks is not only to avoid giving false and misleading news and information to the audience, but also to prevent them from misleading the news by providing the right news and information. By watching the programs of Farsi-speaking Iran International TV channel, the following are clearly visible:

– Selection of specific and limited individuals affiliated to political parties, with organizational, and criminal backgrounds and introducing them as “experts”. In one case, for example, Hassan Naeb Hashem, a senior member of the Mojahedin Khalq Organization, was invited as a political expert on a human rights program while he is one of the perpetrators of the Kurdish massacre in Operation Pearl by Saddam Hussein and in which thousands of Iraqi Kurds were killed by Saddam and Mujahedine Khalq Organization (MKO).

– Saman Rasoolpoor, Soran Rasoolpour’s brother, with Fouad Beritan as nickname, head of KODAR, the umbrella organization for PJAK, is presented as chief editor and network analyst while Saman himself is a member of KODAR / PJAK and works for them in Europe. He travels to Iraqi Kurdistan and takes part KODAR / PJAK ideological programs in Qandil. KODAR / PJAK has so far killed hundreds of Kurdish civilians, extorted Kurdish people, kidnapped dozens of Kurdish children as fighters …

– Inviting Massih Alinejad as a guest who says nothing but blasphemy.

– Broadcasting the videos of a dozen protests as a “whole city demonstration” against the government.

– Showing the images of protests in other countries such as Tunisia, Libya, Egypt … just before the programs to incite audiences to violence.

There are many cases of incitement to violence on this channel, and what it does is a violation of the rights of the Iranian people because it is trying to drag people into the streets by depriving them of their peace and comfort, and this is in contrast to the real mission of news and information providing. Legal representatives of the people in international circles need to pursue the agents and supporters of this channel that promotes violence.

Previous « Statement of the Iranian Kurdistan Human Rights Watch on the tragic events of the last few days
Next KRG: Qasem Soleimani supported us » 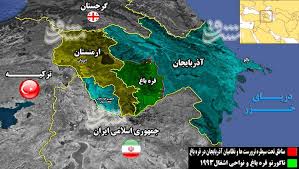 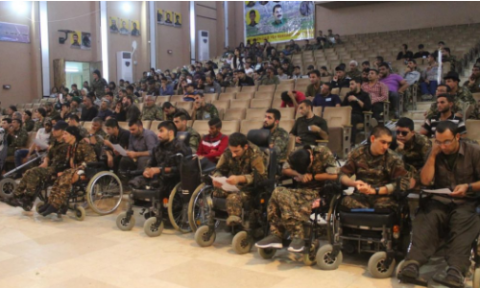