The continuing crackdown on press freedom in the Kurdistan Region of Iraq is threatening its democratic future.

The semi-autonomous Kurdistan Region of Iraq (KRI) has long enjoyed a reputation as a safe haven for the persecuted from all over Iraq and a place of free expression and tolerance. In recent months, however, it has once again become clear that this reputation is unfounded.

In August, protests erupted across the KRI against unpaid salaries and pay cuts in the public sector. Government employees, who make up around 50 percent of the region’s workforce, have not been paid regularly for months, as the Kurdistan Regional Government (KRG) is facing a severe economic crisis, compounded by corruption, a budget dispute with Baghdad and the pandemic-related downturn.

Journalists who tried to cover the protests were attacked and arrested, while a leading TV channel was shut down. Meanwhile, broadcasters and newspapers associated with the two ruling parties in the KRI – Kurdistan Democratic Party (KDP) and the Patriotic Union Party (PUK) – hardly mentioned the upheaval.

To the ruling elite, this crackdown on the media in the KRI may seem like a quick and efficient way to contain public anger, but in the long run, the continuing suppression of press freedom and freedom of speech will threaten the very foundations of Kurdish self-governance.

Protests took place across the region, but while in PUK-controlled Sulaymaniyah province large crowds were able to gather, in KDP-controlled Erbil and Duhok provinces, a significant number of security forces were deployed to quickly suppress demonstrations. Protesters were injured during the ensuing clashes, particularly in the city of Zakho, where the crackdown was quite severe.

According to local activists, in August, some 100 people – including journalists – were arrested in night raids in the Duhok region of the KRI, which is dominated by the KDP.

Late on August 19, agents of the Asayish intelligence services – affiliated with the ruling KDP – raided the Duhok offices of the NRT TV channel, which was founded by the leader of the opposition New Generation party, Shaswar Abdulwahid. A day later, the police entered its office in the KRI’s capital, Erbil, and closed it down.

NRT reporters Nihad Oramar, Shkeran Zebari and Ahmed Zakhoy were arrested. Zakhoy remained in custody for at least 10 days without charges and security forces prevented him from contacting his family and lawyer.

These actions are in violation of the 2008 Press Law which clearly states that journalists should not be arrested for doing their job.

Despite that, in a letter to NRT in late August, the KRG’s International Advocacy Coordinator Dindar Zebari confirmed the government has taken legal action to shut down the channel. According to the statement, NRT had aimed to “disfigure the image of governance in the Kurdistan Region and spoil the sacred values of its society” with its reporting.

The new KRG cabinet led by Masrour Barzani, the oldest son of former president Masoud Barzani has restricted freedom of speech. Metro Center for Journalist Rights, which is based in the PUK-dominated Sulaymaniyah region, recorded 98 violations against media organisations and journalists in the KRI over the first six months of 2020. A new digital media regulation bill in the regional parliament has also sparked criticism from independent journalists and media watchdogs.

The only media organisations that have not faced severe problems operating in the KRI have been the dozen or so outlets sponsored by the KDP and PUK.

This is not the first time the KDP and PUK have cracked down on independent or opposition media. While portraying themselves as reliable American partners and close western allies, the two parties have shown little tolerance for dissent and criticism.

In 2010, Erbil-based university student and part-time journalist Sardasht Osman was tortured and murdered after writing a satirical poem about the Barzani family, which dominated the KDP. The assassination sparked anger and forced the authorities to start an investigation. The official conclusion was that Osman was in contact with the al-Qaeda-linked Ansar al-Islam group and was killed for refusing to cooperate with them. These allegations were immediately rejected by Osman’s family.

In recent years, several other journalists have been killed, including Kawa Germyani in 2013 and Wedat Hussain in 2016. They were all killed because they had published critical articles about corruption and the families dominating the two ruling parties. Security officials in the Kurdish region of northern Iraq found neither the perpetrators nor the motive behind their murders.

As a representative of the CPJ in the Middle East, Ignacio Delgado told me, journalists are killed and tortured by partisan forces loyal to the ruling parties, while assailants have full immunity.

My own friend and colleague at NRT TV, Amanj Babani, died in mysterious circumstances in October 2019. He was found dead in his car along with his wife, fellow journalist Lana Mohammad, and their three-year-old son. Only a few hours after their death, Sulaymaniyah Police, which has links to the PUK, released a statement, declaring the incident a double murder-suicide.

They said that Babani shot his wife and child dead, and then turned the gun on himself. This version of events was publicly disputed by journalists and politicians, and I, myself, find it hard to believe that my friend would do such a thing. He was a calm and kind person and he would have never harmed those who were dearest to him.

Several months later, security forces loyal to the KDP in Erbil claimed to have evidence that “the family were actually murdered”. That allegation came after the exchange of several tit-for-tat statements by KDP and PUK officials, accusing each other of many wrongdoings, including killing journalists and being involved in corruption schemes. To this day, no proper investigation has been conducted into Babani’s death.

Now, after nearly three decades of self-ruling and practising some democratic norms, the KRG’s so-called “liberal reputation” has been shattered. The semi-autonomous Kurdish region is neither a model for other parts of Iraq, nor an inspiration for the Kurds in Iran, Turkey and Syria.

The latest Human Rights Watch report describes areas under the KRG control as being “the same as other parts of Iraq for outspoken people”. It further said: “Kurdish authorities are continuing to use vaguely worded laws to intimidate and silence journalists, activists, and other dissenting voices.”

What is going on in the KRI has also caught the attention of the international community. The UN representative to Iraq Jeanine Hennis-Plasschaert told the Security Council in a recent briefing that, “Forceful responses to public criticism, protests, harassment or the shutting down of media outlets [in the Kurdish region] are surely not the way forward.”

The Kurds have fought for freedom and self-rule for more than a century. Today, the Kurdish region of Iraq is the only semi-sovereign Kurdish entity. The Iraqi Kurdish authorities must respect freedom of expression and preserve democratic norms to show the world that Kurds can rule themselves and live in peace.

If they do not, public anger about their misconduct, failing provision of basic services, a deteriorating human rights situation and a growing economic crisis will bring the region to the brink of economic and political collapse. The very existence of Kurdish self-rule will be under threat.

Previous « Assassination of a former PJAK member in Sulaimaniyah
Next PKK attacks Peshmerga fighters near Matina mountain, according to KRG official » 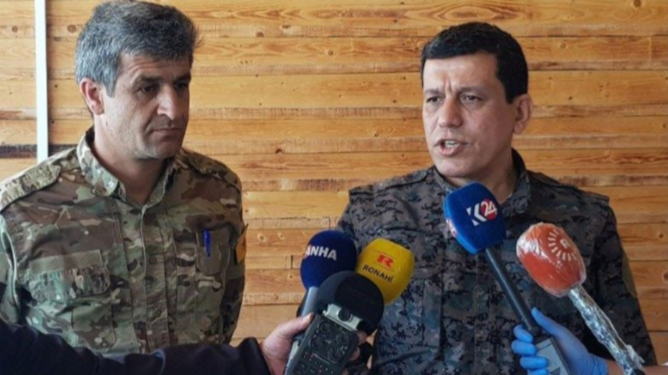 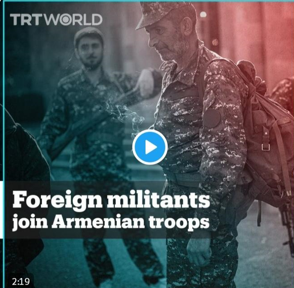 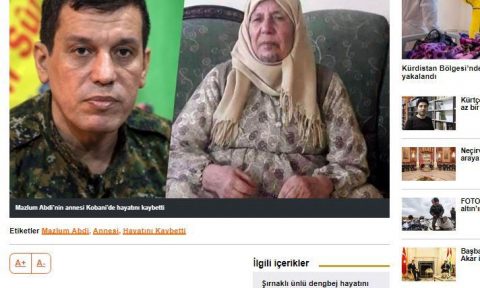