Iran International and BBC Persian; A network for supporters of separatist terrorists 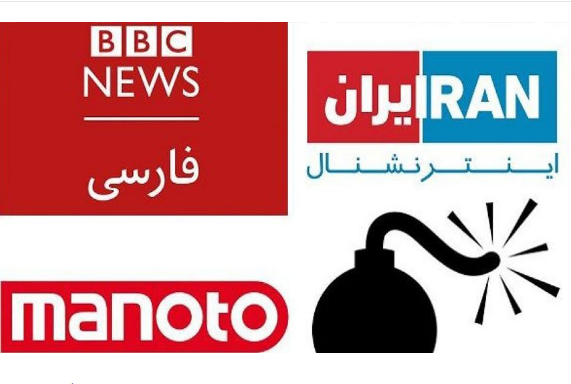 ISIL, Komala, Mojahedin Khalq (MKO) terrorist organizations, terrorists in southeastern province of Baluchistan and Sistan in Iran, PJAK, Al-Ahwaziyah armed group, PKK all are the same. Wherever a terrorist group is active, they are supported by Persian-language satellite channels abroad.

For instance, Zeinab Jalalian’s photos, armed and in PKK/PJAK uniforms have been published; but these channels still call her a “civil activist”. Komala terrorist and anti-Iranian group, PJAK, PKK and Kurdistan Democratic Party of Iran (KDPI) all are accused of terrorist acts, child abduction, extortion and drug trafficking; but they are described as “exiles” in these media. Hundreds of terrorist acts and murders of Iranian Kurds by these Kurdish terrorist groups have been recorded but no news nor report on such acts appear on Persian-language TV websites so as to prove that human rights and human lives are valuable to these channels as what they do is just a political game not professionalism.

In the meantime, BBC Persian played the role of intermediator and in the last example, it intended to purify Komala. BBC Persian has culminated in brazenness and support for terrorism, violating all alleged standards of professionalism, explicitly speaking out against the violation of children’s rights in the group, and not asking the group’s leaders why, despite their claiming war for freedom and Kurdish rights, recruiting the children under the age of 18 (in fact the children are deceived and kidnapped)? The BBC claims that these terrorists have been banned from operating in Iran because of their leftist and secular views; this is while Komala is hated by the Kurds because of numerous terrorist and armed acts against the people. Also, the BBC does not answer the question of which political party has an armed force? Which political party has its headquarters in the mountains? Which political party has given weapons to children under 15? 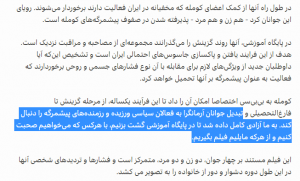 The BBC, which explicitly reports on a terrorist group, described the unknowingly deceived or abducted children and adolescents as “idealistic youth” and called Komala’s armed members “political activists.” The inconsistency of the British government’s official media report with its dark record of disintegration, murder, looting and betrayal of the Kurds in the region is that the anti-Iranian media reporter explicitly wrote: “Komala members are wearing military uniforms and are armed.” Are members of political parties in the United Kingdom really dressed in military uniforms and armed? Are members of political parties based in the mountains and enter other countries in groups of two or three for extortion and assassination? 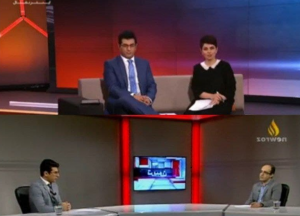 The BBC has resorted to another lie to authorize Komala terrorist acts: “Kurdish is not taught in Iranian schools.” The media has forgotten that various schools and universities in Iran teach Kurdish. Another point in the BBC report full of lies is that it writes: “Emotionally, they are facing a difficult test. “Most of these young people have never lived away from their families before and are not allowed to communicate with their families during the first three months of education.” The whole BBC report confirms the report of the Iranian Kurdistan Human Rights Watch on the situation of the camps and headquarters of Kurdish terrorist groups. In political parties, are members disconnected from the family? Why should a party that believes in its slogan force young members, especially its female members, to cut ties with the family? Basically what is the place of family, love and marriage in these terrorist groups?

All in all, this short BBC article is more than a documentary and newsworthy account on the camps of an armed group; it is a report on a terrorist group that, like its Kurdish counterparts, has suffered from the Kurds. But in the political-media game to purge anti-Iranian Kurdish armed groups, the BBC is not alone; it has an important partner: Iran International. This media does not shy away from calling Saudi Arabia, the region’s most important anti-Iranian actor, it is dependent on Saudi money. Saudi Arabia is in competition with Turkey, Iran and the government of Bashar al-Assad; It has explicitly supported the Kurds affiliated with the PKK terrorist group in Syria and Iraq in order to strike at these countries. Wherever a terrorist group is present in the region; there are also traces of Saudi tribal oil money there; from the southeast of Iran to the Khuzestan region and from PJAK and the PKK, the hate-mongering semi-media Iran International TV propagages lies.

The Saudi-affiliated International TV channel specifically uses the PJAK / PKK terrorist elements as its presenter and newscaster. One of them is Sheler Haqqanifar, a former news anchor on PKK television. Other individuals and members of the PKK and PJAK, who are or are the most important anti-Kurdish actors in the region and are present in the Saudi International channel are Saman Rasoulpour, Shahed Alavi and Meysam Badamchi. This anti-Iranian channel, some minutes after the terrorist attacks in Ahvaz in the summer of 2018, contacted and interviewed the perpetrators of the attack, which is clearly against the rules and regulations of the media. The presence of elements from Al-Ahwaziyah, PKK, PJAK, Pan-Turkism reactionary groups, Kurdistan Democratic Party has turned this channel into a gathering place of anti-Iranian elements whose only common denominator is opposition to Iran.

Another person named Saman Rasoulpour, a member of the PJAK terrorist group, is also active in Iran International, who has questioned the claim of professionalism and independence of this media. At the time of the establishment of this channel under the auspices of the Saudi regime, Saman Rasoulpour, brother of Soran Rasoulpour and nicknamed Fuad Britan, a senior member of the PJAK terrorist group, was appointed by Siamand Moini, President of PJAK. In a meeting with Siamand Moini, Saudi Arabia accepted to transfer Saman to the mentioned TV channel to complete the group of PJAK terrorists in this channel.

Previous « Exclusive; Firat News Agency explicitly and horrifically confesses on the abduction and murder of Iranian Kurdish teenagers
Next Tax collection; The latest extortion by PKK affiliates in Syria » 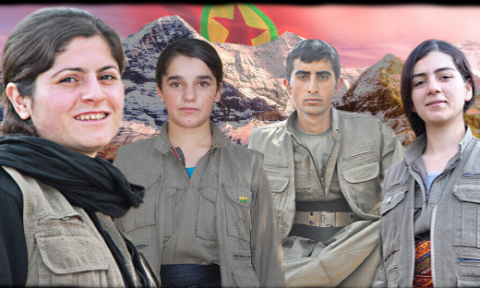