The history of differences between Iraqi Kurdish political and armed parties and groups dates back decades ago. At middle of Mullah Mustafa Barzani’s wars with the Ba’athist government in Iraq, he was opposed by various members of the Kurdistan Democratic Party (KDP), including Jalal Talebani, who split from the KDP and formed the Patriotic Union of Kurdistan (PUK), or Obaidullah. Barzani, son of Mullah Mustafa, who worked with Baghdad against his father and even became Iraq’s foreign minister at some time. These differences are still ongoing.

After the death of Jalal Talebani, the differences between the two ruling parties, the KDP and the PUK, entered a new phase. The new president of the PUK Lahor, Sheikh Jangi and Bafel Talebani, are openly opposed to Massoud Barzani and do not accept the Kurdistan Regional Government (KRG). This has led to various experts and journalists analyze it.

The Iranian Kurdistan Human Rights Watch (IKHRW) asked Shivan Fateh, an Iraqi Kurdish journalist, about this. “Unfortunately, there is no hope of resolving the differences between the two ruling parties in the Kurdistan Region. We thought that the two would work together to address the people’s problems, but this is not the case,” Fateh said.

“The existence of differences between the KDP and the PUK and its depth is a bitter reality and cannot be denied. What we see is a plan with the aim of undermining the Kurdistan Regional Government by any means possible. Lahor Sheikh Jangi and the new presidency of the PUK do not believe in a single KRG and are openly taking a stance against it. “ 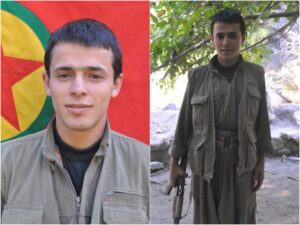