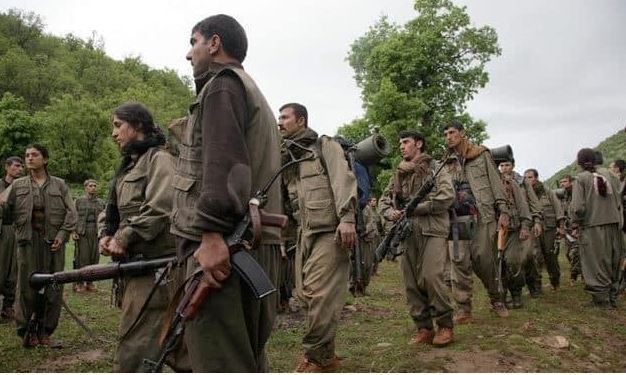 Amin Randi Gonbadi was a child soldier who became a member of PJAK, and unfortunately was killed after being deceived into joining this militant group, and his burial place is also unclear.

Amin is the son of Abdul Rahman from Urmia city, and his brother emphasized that Amin was not a member of armed and terrorist groups and had no motivation to join. Nobody in the family had any affiliations with the group, nor did they follow the group on TV or in social media.

Amin’s brother emphasized that Amin was a normal a teenager and that his family remains sure that PJAK kidnapped him or lured him in under false premises. Amin’s father also passed away after several years of being without his golden child. According to the Iranian Kurdistan Human Rights Watch, the issue of the existence of child soldiers in the PKK and its branches is an undeniable issue that even the leaders of this group have confirmed.

For more than a year now, when hundreds of mothers have been present in front of the People’s Democratic Party office in Diyarbakir, Turkey, the leaders of this group have repeatedly announced that they will not hand over the children of these mothers to their families.

Iranian Kurdistan Human Rights Watch, which has repeatedly declared its most important duty to follow the fate of children kidnapped or deceived by PKK and PJAK, especially Iranian Kurdish children, has published many documents regarding this bitter issue. This time, IKHRW went to the family of “Amin Randi Gonbadi”.

Amin’s brother emphasized to us that his brother was not a member of armed groups and had no motivation to join. Amin’s brother added that Amin was a teenager and that they were sure he was either taken by force or deceived under false pretenses.

Amin’s father also passed away after many years of separation.

Amin’s brother, who has no information about his brother’s fate, told our reporter: “Amin spoke to us only once on the phone. In that call, Amin told us that he ran away from home. We did not hear from him after that call until we heard the news of his death. I am sure that he did not run away, but he was kidnapped and killed in the Serikaniye war in Syria, thousands of kilometers from home.

He states: “I am confident that he is not killed. Why should Amin contact me only once in several years? Do PKK and PJAK leaders have no affection, no remorse, no heart? How to kidnap a child at the age of 14? How does a 14-year-old run away from home? We are three brothers and four sisters; Amin whose fate is unknown. My father loved Amin very much. After being away, Amin fell ill and died. He died of a broken heart, even the doctor said so.”

Amin’s brother explained about the follow-ups: “I went after my brother after Amin’s only call. But I feel that the person who gave him the phone was PJAK’s spy. We know that Amin was imprisoned in PJAK prison for six months in the worst conditions. The injustice done to him and our family was justified by PJAK with slogans such as freedom of Kurds at the cost of killing Kurdish youth? Strangely, he was killed shortly after he was released from PJAK prison. In fact, until the announcement of Amir’s death, only a few days had passed since his release. For this reason, I believe that Amin was deliberately killed in the Serikaniye war. After Amin’s call, I went to Qandil.”

“Pjak first said that Amin is not here. Then they denied their previous statement and said that he is in Syria. Finally, we heard on TV that he was killed. They were not honest at all. We also did not believe any of their claims and news. Now my mother is constantly impatient. Why should we not know the place where our brother was killed and buried? What is this policy implemented by the PKK?”

IKHRW will publish and follow up the case of children kidnapped by PJAK in the coming days.