The control of PJAK is in the hands of the PKK / Who was Hassan Mahmoudi?

Following the publication of a conversation between Iranian Kurdistan Human Rights Watch and a number of former members of the PKK and the statement concerning some of the group’s commanders, including “Leila Afrin”, “Shoresh Bokan” and “Delkhaz Bingol”, some other readers have contacted the Iranian Kurdistan Human Rights Watch and asked for more information in this regard.

Explain how Hassan Mahmoudi was recruited to the PKK / PJAK.

My name is “Shoresh Mariwan” and I am from Tangisar village. Hassan Mahmoudi was recruited by the group in the Oraman region of Marivan in 2006.

This person with the code “Horam” was initially like all Kurdish children in that area in “Javarouh” from which PJAK initially tried to enter Iranian Kurdistan. Hassan Mahmoudi may have heard their sound from afar and maybe recognized their color, but he was in fact deceived by PJAK’s promises, as he joined the group in a time the Iranian Kurds knew nothing about this group, nor the PKK.

Hassan was studying in the first grade of high school before joining PJAK. His brother had also been attracted to that group under the code “Helgerd” before him. Helgard used to work in smuggling goods by car in the border areas of Iranian Kurdistan, and his first job at the PKK was driving. Most Iranians recruited to the PKK and PJAK, when asked why they were recruited and how they were recruited, want to pretend that they know the PKK and the PJAK well and have full knowledge, while this is merely an interpretation of the PKK.

In the years after Ocalan’s arrest, the recruitment of Kurdish children in Iranian Kurdistan to this day has been based on emotion, not rationality. After completing his training, Hassan remained in the HRK (PJAK military force) for two years, and after 2011 he became one of those sent by PJAK to protect “Murad Qara Yilan”.

During his three years with Murad, the only thing he learned from the PKK was to imitate PKK leaders, including Murad. In an interview with Hassan codenamed “Horam” by Aryen TV, he shows exactly the above statements about the imitation of PKK commanders by members. If you see him, you will notice my petitions.

Unfortunately, the Iranians recruited to the PKK cannot be independent under the influence of the Turkish and Syrian leading members, and the PKK, and they must always wait for instructions from outside PJAK, meaning that the PKK monitors all PJAK programs.

Explain the attitude of PKK / PJAK towards Iranian members.

The distrust of the Iranian members in the “PKK” and seeing them small and that they do not allow PJAK to be independent and plan shows the above sentence and in one sentence: the control of PJAK is in the hands of the “PKK” and they are not independent.

Did Hassan have special abilities?

No, Hassan may not have been able to grow quickly in the PKK because of his association with PKK leaders, he was ultimately a simple, protective military force. At the beginning of his career at HRK, he only led a three-man team and had no personal or military capabilities. Hassan never admitted that he was an Iranian Kurd to his comrades, but this self-deprecation is clearly seen among the Iranian Kurdish members in the PKK, and it is a result of the influence of the PKK on the Iranian members.

Do you remember Hassan Mahmoudi?

Yes, I wrote a letter to Murad Karayilan in Persian because I was Iranian and did not know how to write Turkish. In that letter, I had criticized the inappropriate behavior of the commander in the “HPG”. He was the one in Murad’s circle who knew how to read Persian. The next day, in a meeting, I asked him about the letter and followed up.

There, Murad turned to Hassan Mahmoudi and Hassan was shocked. Hassan said “it was nothing special, so I did not inform you”. In the same meeting, Murad did everything that was humiliating and Hassan was embarrassed. In that letter, I wrote about the problems of the “Zap” command after the winter and the conflict with Turkey, and the lack of planning in the commanders, led by “Bahouz Ardal”.

Hassan Mahmoudi was commissioned by “Nur al-Din Sufi” and “Bahouz Ardal” to be sent to Murad, and for this reason he did not want anyone to report their mistakes to Murad.

From then on, whenever we saw each other, it was as if I was his life enemy, in such a way that he would shoot at me even if he could. He was expelled from Murad’s bodyguards after the meeting, which did not inform Murad about the letter, and remained in the HPG to be sent elsewhere.

Did you know about his fate?

Yes, he was sent to Gap, near the Turkish region Mardin, and was killed there. Hassan was not able to command, because even when he was in charge of Gap eyalet, the reason for the death of the five people who were with him was Hassan’s incompetence in command.

Why do you think he was sent to such a place?

The geographical similarity of Oraman in Iranian Kurdistan, and especially Gap in Mardin, and ofcourse the second reason is that many opt to go there as there is endless propaganda being made about ‘serving in Botan’ inside this group, and Gap is a part of Botan.

Previous « Raouf Ebrahimi’s brother: My brother escaped from prison and joined the PKK
Next Daniel Aminpour’s brother: I am sure that my brother did not become a member of PJAK voluntarily » 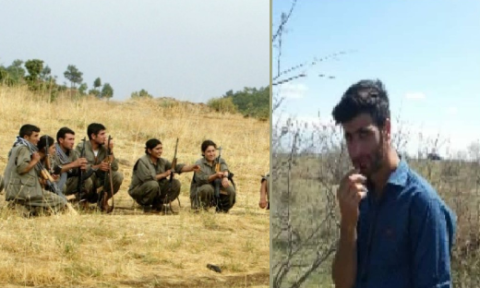 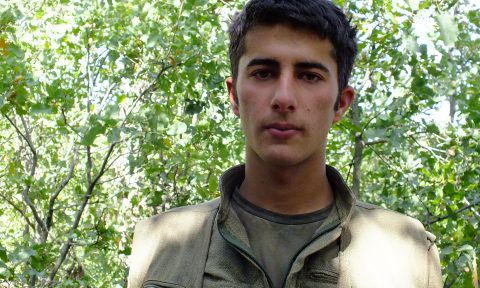 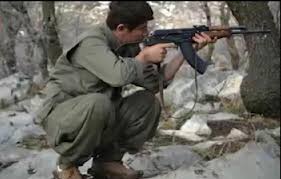