State terrorism is the act of terrorism committed by a state against the nationals of other countries or its citizens (1). Ruth Jay. Blackley, a professor of political science and international relations at Sheffield University in the United States, believes that the United States is a supporter and promoter of state terrorism, and defines state terrorism as “illegally targeting individuals whom the government is obliged to protect and whose intent is to direct fear into goals beyond the individuals are targeted (2). “

Declassified documents issued from the US Embassy in Jakarta, Indonesia, in 2017 prove that the United States has been directly involved in encouraging and facilitating the killing of hundreds of thousands of suspected communists in Indonesia in the 1960s (3). In his latest speech, the head of the United Nations Counter-Terrorism Committee said that the previous twelve conventions on terrorism did not address the issue of state terrorism because it was not an international legal concept, but now the states violating international conventions by stae terrorism and abuse their power must be tried. They commit crimes because of human rights abuses (4).

The United States’ history of state terrorism goes back decades, including during the Cold War, to advance state terrorism to maintain capitalist interests by establishing neo-colonial systems of client states and cooperation with regional governments. The US has also defective in its definition of terrorism and has refrained from referring to state terrorism (5).

What the US did in Iraq against General Qasem Suleimani is also a clear example of America’s open support for state terrorism. Just as the United States used terror to advance its goals during the Cold War, now in the Middle East, seeing the failure of its policies in support of terrorist groups such as ISIS, al-Qaeda in Iraq and Syria, the  US did not change the way of their wrong policies but resorted to wrongdoing. US targeted the commander of an official military force of an important country in the region, Iran, by shooting his car, and this in violation of Iraqi sovereignty at a civilian airport. By doing so, the US is pushing the region into a tense atmosphere. 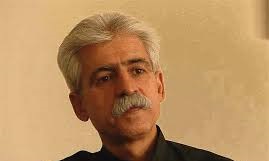