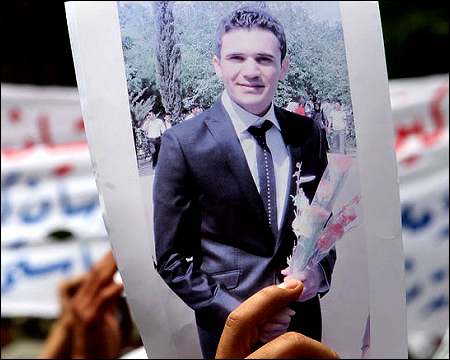 Free speech in Iraqi Kurdistan? Don’t even think of it.

Sardasht Osman was an outspoken critic of the massive corruption of Massoud Barazani (President of Iraqi Kurdistan) and his government. He received several death threats. In May 2010, a group of armed men entered the University campus, kidnapped Sardasht in broad daylight, beat him, dragged him into a van and drove off. He was found dead two days later. His body was dumped on the roadside with two bullets in his head. Some reports say he was shot twice in the mouth, a symbol of revenge for speaking up. No one doubts that the young man paid the price for not giving up on free speech.

Sardasht Osman had contributed many articles and poems exposing the endless corruption within the government of his country. His work and the style of his writing were exceedingly popular. One of his latest poems prior to his murder, a satirical web-piece he wrote for the Kurdistan Post, was most likely the direct cause of his murder. Titled “I love Massoud Barazani’s daughter” (known as “the poem that kills”), Osman portrays himself as Barazani’s “son-in-law” and how that would change his life from a commoner struggling to survive to a man immersed in luxuries.

This government of Iraqi Kurdistan is staunchly supported by all Western leaders. That explains why an incident as tragic as this never got any international coverage in the Western media .. not even in the circle of Western journalists.

It took an American journalist to dive into the Barzani family’s corruption, by digging up proof of the purchase of a $ 18.3 million dollar pharmacy in Miami, The United States, and at the same time talk about the student protests and the students’ difficult financial situations for corruption to reach the international news.

The poem quoted below is all-inclusive, and amusing too. It gives a vivid picture of the depth of corruption festering within the government of Iraqi Kurdistan as in many Arab puppet states as well.

By Sardasht Osman – taken from Niqash.org (link below)

I love Massoud Barazani’s daughter. I want Massoud Barazani be my father-in-law. He is the man who appears in public occasionally, telling the people he is their president.

I want Nechirvan Barazani (Massoud Barazani’s nephew and former head of the KRG) to be my brother-in-law.

Once I become Barazani’s son-in-law, I will take his daughter to Paris and spend a one month on honeymoon with her. We will visit our uncle’s house in the USA too.

I will be able to move house. I will live in the Sari Rash resort (Barazani’s palace complex) and will be guarded all night long by US police trained dogs and Israeli guards.

I will be able to look after my father. He served as a Peshmerga during the September Revolution, led by Mustafa Barazani (Massoud’s father). He even spent three nights, one after the other, in the mountains with Idris Barazani, the Mulla’s son. He left the KDP afterwards, so they don’t pay him his veterans’ pension. I will appoint my father Peshmerga Minister.

I’ll be able to sort things out for my brother, too. He completed college but now he is unemployed and is seeking political asylum outside of Iraq. He can take charge of my personal guards. As for my sister, who is too scared to leave the house alone to visit the marketplace, she will be behind the wheel of the fanciest cars. She will drive cars similar to those currently driven by the Barazani tribe.

I will be able to take care of my mother who suffers from heart disease, diabetes and high blood pressure. We cannot afford to send her outside of Iraq for treatment. I will bring Italian medical specialists to take care of her without having to move.

For my uncles, hospitality houses will be opened and my cousins will become university deans, army brigades’ commanders and heads of associations and unions.

All my friends said, “Saro. Don’t do this. The Mulla’s family can end your life any time they want to,” but the poor of this region are being let down by Massoud Barazani who continues to claim he is our president. How many times has he visited one of the poor neighbourhoods in Erbil or Sulaimaniyah in the last 18 years?

My problem with Barazani is that he is totally driven by tribal allegiances. Nothing matters to him apart from looking after his family. With one click on the internet, I can find the names of the wives of all the presidents of all the countries on earth. The name of my future mother-in-law remains a mystery, however.

When I propose, who should I take with me? Maybe some old Mullas or Peshmerga veterans? I told myself I should just trust God and go for it. But a friend of mine, another journalist, had a better idea.

“Search for the Kurds who collaborated with Saddam Hussein’s regime. Search for the traitors who were involved in the Anfal massacres and take them with you. Massoud Barzani adores such people.”

Another friend said Nechirvan Barazani was the man to get close to.

“Go and whisper in his ear when he’s at a press conference. Tell him there is a personal issue you want to discuss with him,” he said. “If not, then Dashni (a popular Kurdish singer). She can arrange everything. She spends a lot of time with the Barazani family.”

Sardasht Osman wasn’t the only journalist in Iraqi Kurdistan to have met such a fate. The practice of brutally targeting journalists who dare to speak has happened time and again in that country and reportedly getting worse. Sardasht Osman was a very brave young man. He knew that one day he would be killed. He was advised by many to leave Iraqi Kurdistan, but he refused.

Previous « Military expert: If the PKK remains in Qarachogh, it is a partner of ISIS there
Next Belgian intelligence agency (VSSE) reveals how PKK uses Belgium as a centre in Europe » 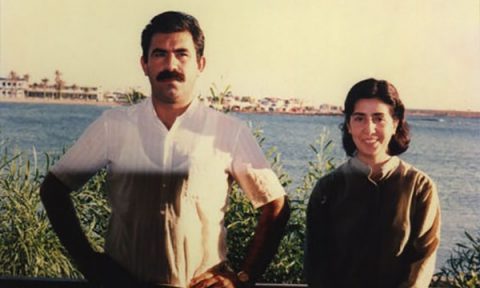 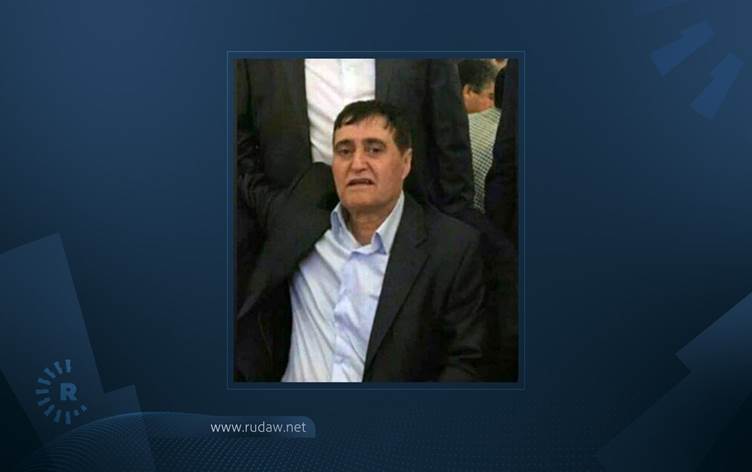