Anniversary of Mullah Mustafa Barzani’s return from the Soviet Union 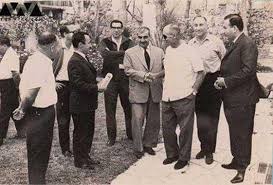 Mullah Mustafa Barzani’s name is associated with the Kurds. He came to the fore in the name of the Kurds and called himself “defender of their rights.” Was this claim true in practice? What did his children do after him? Where are they today? And many other questions arise about the Barzani family.

According to some historical sources, in 1492, with the massacre of Jews in Spain, known as the “Inquisition” period, the Jews sought the help of the Ottoman Turks, and the Ottoman Bayazid II did not reject them and the fugitive Jews were accommodated in the Barzan region in northern Iraq. Nathaniel Barzani, Samuel Barzani and Asnat Barzani are among the influential rabbis of this century and the 16th century who founded the Jewish stronghold in the region by founding the Yeshiva School. In the seventeenth century, Subtay issued a fatwa on the hiding of Jews (crypto) among the Kurds by learning the principles of Islam and the Kurdish language.

Establishment of Iraq and the rise of the Barzani family

After the establishment of Iraq under British rule in 1920, parts of the Kurds of the defeated Ottoman Empire were inserted in the newly established country. From the very beginning, tensions and conflicts began between the Kurds under the leadership of Sheikh Mahmoud Barzanji and the British until the defeat of Sheikh Mahmoud, the Barzani family entered the field. Following the Barzani conflict with Britain, Mullah Mustafa Barzani was defeated and entered Sheno city in 1946 and during the establishment of the Republic of Mahabad by Qazi Mohammad. Qazi Mohammed, who came to power with Soviet support, gave Mullah Mustafa the rank of general, and his forces served as the 11-month republic’s armed forces. Mullah Mustafa and Qazi had serious disagreements, and this is also discussed in Mullah Mustafa’s meeting with Ihsan Nuri Pasha, the leader of the Ararat uprising, in Tehran. Rahim Mahmudzadeh Oshnavi writes in his book “General Ihsan Nuri Pasha” quoting Ihsan Nuri Pasha in his house, “Qazi Mohammad is a very weak person and is not able to manage affairs. Several times I decided to stage a coup and seize power myself, but I could not do anything for fear of a Russian reaction.” It was during Mulla Mustafa’s presence in Mahabad that Massoud Barzani was born. With the strengthening of the central government and the restoration of sovereignty in various regions and the withdrawal of Soviet forces, the Republic of Mahabad also fell, and Mullah Mustafa Barzani had no place to stay in Iraq, Turkey or Iran. During the harsh winter of that time, crossing the Iraq-Iran-Turkey border mountains, he finally managed to reach the Maku region in northwestern Iran and headed for the Soviet Union via the Aras River. Mulla Mustafa and a number of his men remained in the Soviet Union for thirteen years. He was educated according to communist principles but never became a communist.

With the coup of Abdul Karim Qasim in 1958 and the change of government from monarchy to republic, the Iraqi government invited him to return. Mullah Mustafa Barzani was warmly welcomed and the Kurdistan Democratic Party was legalized. After a while, his relations with the central government gradually cooled and he returned to Barzani. Abdul Karim Qasim was overthrown by a Ba’athist coup, and various Ba’athist governments came to power. Eventually, armed conflict broke out between the Ba’athist regime and Barzani, which lasted until 1975. During this time, Barzani’s peshmerga were totally dependent on financial and weapons aid from Mohammad Reza Shah and Israeli training and advisory aid. “Sometimes I felt like I was the leader of the Iraqi Kurdish uprising,” said Parviz Sabeti, a Kurdish member of Sanandaj and a senior SAVAK chief. “All important decisions were in our hands.” This shows how much control the Shah had over Barzani. Relations between Barzani and Israel were very warm, and experts and even some senior Israeli officials at the time acknowledged that the purpose of helping Barzani was to weaken Iraq and ease the Arab pressure on Israel, and nothing more. It was during this period that Israeli advisers trained the peshmerga, taking Massoud Barzani to Israel for intelligence training, and eventually establishing the Parastin intelligence apparatus. Massoud Barzani became its chairman. This apparatus is still in the possession of the Kurdistan Democratic Party today, and it is under the control of Masrour Barzani, the son of Massoud. Mullah Mustafa Barzani was so sympathetic to the United States and insisted on its aid that in a meeting with Henry Kissinger, said if the United States helped, he was ready to make Iraqi Kurdistan the 51st state in the United States. But after the fall of Mulla Mustafa’s uprising, Kissinger was one of the opponents of Barzani’s trip to the United States, even for cancer treatment, and finally agreed to give him a US visa, provided he did not speak to any media.

The Shah and Saddam Hussein secretly agreed on the Iran-Iraq border dispute on the Arvand River in 1975, mediated by Algeria and Israel, and the Shah cut off all support for Mullah Mustafa Barzani and closed the border without prior notice. Mullah Mustafa did not heed the advice of his advisers and announced the end of the uprising, and according to American journalist Jonathan Randall, he left for the United States with $ 80 million. He died there and was transferred to Iran for burial and buried in Sheno. After a while, the Peshmerga of the Kurdistan Democratic Party of Iran, led by Abdul Rahman Ghassemlou, who was fiercely hostile to the Kurdistan Democratic Party of Iraq, led by Barzani, exhumed his body and dropped it about 200 meters below. Ghassemlou’s action led to clashes and the death of hundreds of people from both parties. Mulla Mustafa was transferred to Ziva in Margavar, Urmia and buried. After the 36-degree orbit was created by the United States in northern Iraq, his body was once again removed and taken by helicopter to the village of Barzan.

After Mullah Mustafa’s death, his two sons, Idris and Massoud, took over. Idris suspiciously died – according some sources by Massoud. 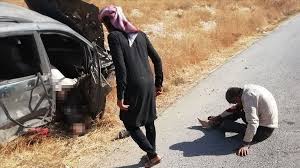 Terror as a Tactic: YPG’s new ​Modus Operandi ​ in North-Syria 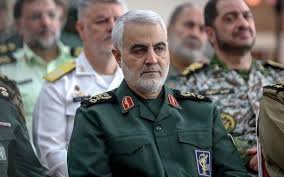