In the Al-Hos area of eastern Raqqah, a SDF commander shot himself earlier today.
Our contact on the ground said that Aboud Ayman Al-Hamdan, known as “Akid,” shot himself while cleaning his personal pistol, at one of the military headquarters of the PKK-affiliated militia in the Al-Hos area, east of Raqqa.
The contact pointed out that “Akid” is a military commander in the PKK-affiliated militia and he has fought several battles in the Hasakah countryside, including the al-Hol and Shaddadeh operations. He held the position of a battalion commander in the Al-Hos area of eastern Raqqa countryside.
It is to say that due to the lack of recruits, the PKK-affiliated militia continues promoting recruits to higher ranks based on age (average age of militia members lies between 16-25) and minor battle experience. Most of the senior PKK-members have either perished or ran away.
Recruits receive only three months of training, which is mostly ideological. Most recruits come from poor families and join the militia in order to provide for their family, as they receive a monthly wage of $50 dollars. 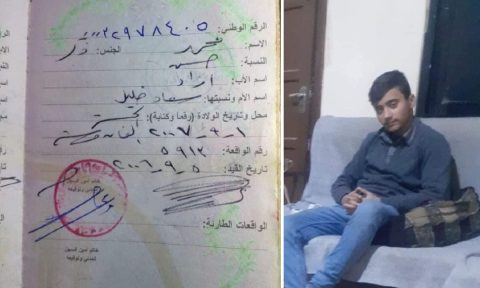