As described in the children of Şino (Oshnaviyeh); part 1, the KDPI is one of the Kurdish separatist organizations that are active in Iranian Kurdistan. Part 1 also described the stories of Armin Mamalnejad and Fawziya Muhammedi Aqdam.

In order to gain domestic and international legitimacy, the KDPI denounces violence against civilians, claiming commitment to the Universal Declaration of Human Rights and Geneva Convention Article 3, and as of 2007 is one of the signatories to the Geneva Call’s ban on anti-personnel mines.

These declarations of the PDKI seem to be solely symbolical, as the Optional Protocol to the Convention on the Rights of the Child on the Involvement of Children in Armed Conflict (OPAC), also known as the child soldier treaty, is not honoured by the group. The group actively recruits minors in the town of Oshnaviyeh.

Diyar and Diyako Hassanpour are cousins and best friends. Both disappeared and are claimed to be recruited by the PDKI. Diyako was 15 years old when he disappeared. We spoke to his father Jafar Hassanpour.

“My son was in the ninth grade. He was a smart student. His lessons were good and I had hopes and plans for him in the future. I am a father and I always tried to provide the best facilities for my children. I work in a real estate agency and Diyako had no problems financially, I had provided him with all the facilities he needed.”

When asked if he or someone else in the family was a supporter of Kurdish separatist organizations, he said: “Iranian Kurdistan has become a colony of Kurdish groups affiliated with the West. Every day, a group with a new name and a few people show up and everyone says that our goal is to serve the people. There is a whole alphabet of parties now. And they themselves have no bread to eat. What can they do for us?” 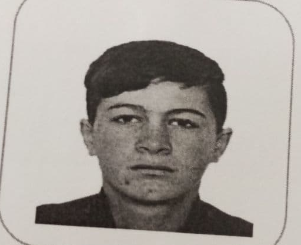 “One younger brother of mine who is now married and has started a family stayed in this group for two years and then he understood the truth and returned to live in Iran. He has had no further problems with the state and does not talk positively about these groups to the children. I put no blame on him.”

When asked about the 16-year old Diyar who left with Diyako, he said: “Diyar is my son’s cousin. They are closer than brothers and always go together everywhere. His father is paralyzed and he is 56 years old. He has two brothers and two sisters. His used to be a shepherd and he used to have a small garden, that he can no longer take care of and couldn’t afford to keep. His father stays at home due to physical problems and only leaves the house to visit a doctor or a psychiatrist.”

I asked why the two went together: “None of them had any motivation to go to this group. They wanted to enter Iraqi Kurdistan from the border, on the other side of the border they met with Mustafa Hijri’s KDPI group. They deceive them with false promises – many believe they will be send to Europe to represent the party there – and take them with them to their campsites and then send them to training.”

Jafar Hassanpour said he was able to make some connections and had been in contact with the boys. “They have been out there for three months now, and they called and said want to return. And while I am talking to you [phonecall], I am waiting for a meeting to fulfill the necessary errants to return them safely. And they will return safe and sound in a few days, if God is willing.”

Mr. Hassanpour was mostly troubled by the corruption inside the party that recruited the boys. “Just look on the internet. You can find all information. Their children are in Europe and America, studying master degrees and living in apartments. Our children have to go enter a village and beg for a piece of bread. Or they get ambushed or killed, but the children of the leaders of this group have not even been injured. They are liars and traitors. People in these areas are all leaving for the cities. People are afraid to lose their children. We raise our children with a thousand sufferings and hardships. They steal them very easily as children will always be naïve and open to deception.”

“God willing, our children will be back in a few days and we will be happy again. They took all the happiness from our family. During these few months, Diyar’s mother was taken to the doctor and the hospital. The doctor even said that if her heartbreak continues like this, her bloodpressure will not come down. She has cried every day.”

Jafar Hassanpour has a message to other parents in the area: “Take care of your children, especially for you that live in the border villages. Most of your children are always in risk of ambush and kidnapping. And the government must do something to stop these groups recruiting children in the region. Let the adults fight themselves.” 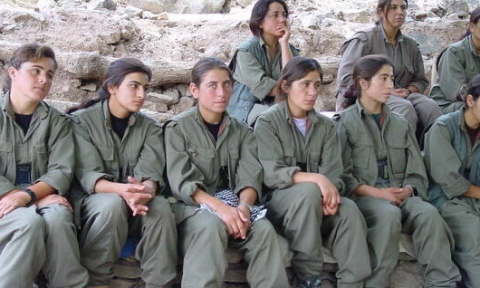 Mojdeh Gholami’s mother: Problems due to divorce caused my daughter to join PJAK 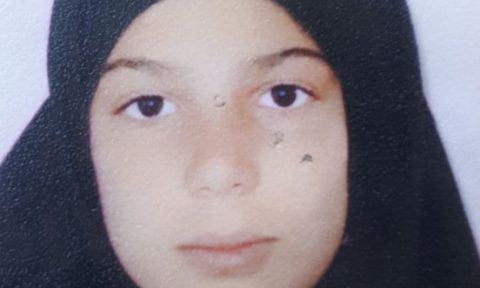 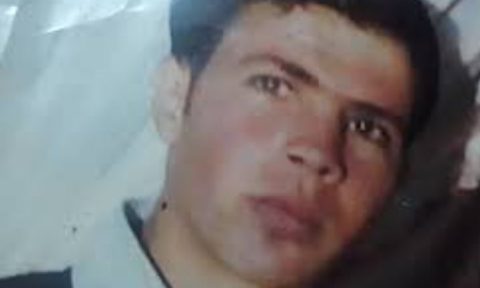