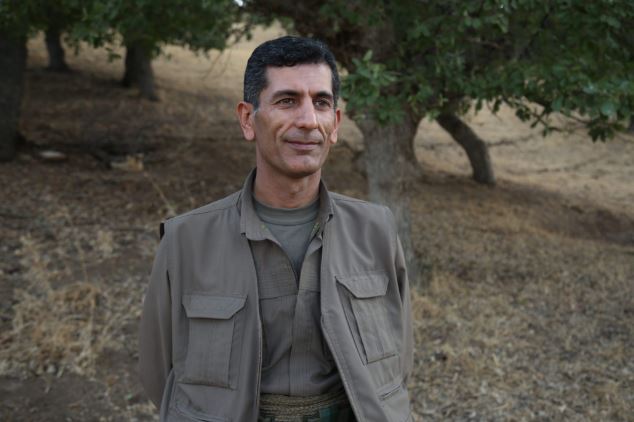 Following the publication of a conversation between Iranian Kurdistan Human Rights Watch and two former members of the PKK, concerning its commanders  such as “Leila Afrin” and “Delkhwaz Bingol”, requests for more interviews followed.

Several readers that were interested in learning more about the PJAK leadership contacted the Human Rights Watch of Iranian Kurdistan and asked for more information in this regard.

The following article is about one of the commanders of that group called “Shoresh Bokan”, about whom we had a conversation with one of the ex-members of PJAK.

Shoresh Bokan originates form a village between Miandoab and Bokan, Shoresh was born into a large family and is the third child of the family. Bokan – and the larger Mukriyan region – is a place where Westerners have always tried to achieve their goals for many years. Therefore, many Kurdish youngsters there were attracted from these areas in groups such as Komala, Democrats and PJAK.

How was Shoresh Bokan absorbed into the PKK?

There was a large rally in Iranian Kurdistan in 1999, at the time of Ocalan’s arrest, without any problems at first, but in the end, with foreign intervention – there was chaos, war and conflict.

Until his arrest, not many have heard the name of Ocalan and the PKK in Iranian Kurdistan. They knew he was a Kurdish leader, but since the PKK only focused on its war with Turkey, there wasn’t much going on in Iran surrounding the PKK. But the West tried to use the situation and manipulate the feelings of the people, especially the youth of that region, to turn the protests against Turkey into allround chaos and opposition to the Islamic Republic of Iran.

Shoresh was known as a thug at the time, a petty criminal. And he took part in the anti-Turkish protests against the arrest of Ocalan in Iran, which was one of the protests that led to riots and chaos.

After the riots – in which he was seen vandalizing shops in the city’s center – Shoresh Bokan takes refuge in the PKK, fearing arrest. Behind these protests, which were initially formed against Turkey, there were groups. Bokan had led one of these groups to damage public property and set fire to banks, and he fled, playing the role of a commander in the PKK today.

The majority of the protestors wanted to protest peacefully, and the whole city was locked inside for days as violent riots surged on.

What happened to Shoresh Bokan after he joined PKK?

From the earliest years of Shoresh joining the PKK, the PJAK did not exist yet ; PJAK was established in 2004 at the suggestion of the United States to confront Iran, in which Osman Ocalan led the way.

Shoresh Bokan had become one of Osman Ocalan’s companions in the PKK. He worked in the youth sector when PJAK was founded in the first years, but Shoresh was not satisfied with this rank and job. He needed his own project from PJAK and he felt that he should have been given more value. What he was unaware of, was that he was surrounded by masters in knowing human beings.

With Osman Ocalan’s great escape, Shoresh (and others’) coup attempt failed. And if PJAK remains under close control of the PKK today and is planned for by Qandil and the KCK, it is because of the same internal differences of PJAK, such as regionalism, ethnicism and power-seeking individuals trying to abuse the authority that had been given them.

In 2007-2008, the controversy becamse so intense that several people inside PJAK committed suicide, including “Zenar Sarhad”. The group led by Shores and Zagros Hiva, caused such distrust among its members, stating “Why is a Turkish Kurd leading the PJAK council? Is there anything we Iranians do by ourselves?”. But also graver accusations, slandering each other and falsely ‘outing’ sexual relations among PJAK members were among these differences that continue to this day. While Shoresh himself had many sexual and physical weaknesses, he had learned the trick of slandering others well.

In 2005-2006, he was also one of the first to enter Iran in the Hewraman region, where the first group had to settle in Iran.

After that, when the disputes reached an all-time high, Shoresh Bokan was among those from PJAK that were sent away by Cemil Bayik. In fact, it can be said that this was a punishment: exile for the members of the leadership of those years in PJAK.

Shoresh Bokan was sent to the worst regions a PKK member can be send to, and was forced to remain thousands of kilometers away from Iran and PJAK. He worked in the tunnels for more than two years at HPG until he eventually became the commander of a three-man team, but he could not manage that team either. Inevitably, he settled with staying with “Bahoz Erdal” in 2009-10 because no other possibilities arose for him.

When Bahouz sent Shoresh to a further area, the border with Turkey. He became the commander of “Takhm”, meaning six people, but this group also disintegrated due to Shoresh’ ignorance of command and geography of the region and the enemy’s (Turkey) operations. After Qandil was surrendered, Bahoz Erdal gave Shoresh another chance to return to PJAK and start working there.

Years have passed since my separation and I saw that he was one of those in the command of “HRK” and I was surprised, but right after the clashes in Qandil and after “Simko” was killed and “Chiya Mahabad” left, there were no more PJAK members represented there.

“Murat Karayilan” was still against the return of Shoresh to PJAK, because he knew his character.

Do you remember meeting with Shoresh?

Once I was sitting with him and we were talking, I asked him why did you leave PJAK?

He thought that I did not know the story, so he tried to pretend that it wasn’t his fault, but blamed Cemil Bayik, Murat Karayilan and all other PJAK leaders, he tried to correct his faults.

Shoresh Bokan also told me to remember that if you want to stay here, you always have to sacrifice some for your own goals, otherwise you will never succeed.

This is exactly what Shoresh did when he tried to rise to a position of command. The claim of camaraderie was felt only in his speech and was in contradiction with his actions.

How do you analyze the behavior and policies of the PKK and PJAK?

First of all, I don’t think that Shoresh Bokan will ever be given any real responsibility, any position of command. But looking at his actions, one can see the behavior of the group’s leaders. He had set an example that in order to stay in power, one must sacrifice others. And this behavior is abundant in the politics of the PKK and its other branches, for example in Syrian Kurdistan.

Previous « Amir Khani’s father: I am sure that PJAK kidnapped Amir and killed him
Next ۳۲ cases of femicide in Iranian Kurdistan in 2021 » 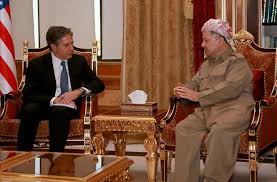