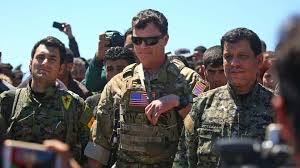 In North-East Syria, attacks by ISIS and unidentified groups are continuing. In March 2019, the Kurdish-led Syrian Democratic Forces (SDF) announced the defeat of ISIS in Syria after the Battle of Baghouz Fawqani, near the Iraqi border. In Iraq, the government in Baghdad declared victory over the Sunni Islamist group at the end of 2017.
This February in SDF territory in northeast Syria, though, ISIS and other groups carried out 53 attacks, mostly targeted killings and home invasions in the Deir ez-Zur and Raqqa areas, according to a report from the Rojava Information Center. ISIS has shifted tactics from attacks in major population centers in the area, which local authorities call the Autonomous Administration of North and East Syria.
“ISIS and other sleeper-cells seem to have changed their tactics, focusing less on indiscriminate car-bombs in city centers, and instead specifically targeted individuals connected to the Autonomous Administration or the Syrian Democratic Forces,” Rojava Information Center researcher Robin Fleming said in the report. “This may indicate decreased capacity, but is an effective way of using fear to drive Arab communities away from the SDF.”
There are also non-ISIS groups that claim attacks on the SDF, including Ahrar al-Shab, another Sunni Salafi-jihadist group. Amid ISIS’s continuing attacks, the US-led international coalition against ISIS in Iraq and Syria has started to remove some of its forces from Iraq.


On March 20, the coalition, officially known as Combined Joint Task Force-Operation Inherent Resolve (CJTF-OIR), said it would return some forces involved in training to their home countries. It cited success in the fight against ISIS and the spread of the novel coronavirus.
“The Coalition is adjusting its positioning in Iraq for two reasons: long-planned adjustments to the force to reflect success in the campaign against Daesh; and, short-term moves to protect the force during the Coronavirus pandemic,” read a statement, using the Arabic acronym for ISIS.
The coronavirus has affected the SDF’s anti-ISIS operations in Syria as well. On March 24, the group called for a truce among all parties in the Syrian civil war to allow for a better defense against the virus’s spread.
Though the timing of this call for a truce is raising questions. Amidst a looming ISIS resurgence, and SDF losing support in the Arab regions Deir ez-Zur and ar-Raqqah of its remaining territory, the group might just be looking for time to regroup.
Some observers join me in my observation that the SDF’s governance will not take root in the most violent parts of its territory. The SDF controls many areas that are largely Arab, such as Deir ez-Zur and Raqqa. The SDF is dominated by the Kurdish group the People’s Protection Units (YPG), which shares a radical ideology with the terrorist Kurdish group from Turkey the Kurdistan Workers’ Party (PKK). Many Arabs reject rule by the Kurdish group, a rejection that benefits ISIS, according to one researcher on Syria.
“There was never any hope that the Arab tribes in the Jazira would get used to a PKK regime,” Kyle Orton, an analyst, told referring to the northeast Syrian province. “In that legitimacy gap, ISIS has now refound space to move.”
Various reports state that Arab people have been protesting against SDF in the areas of Deir ez-Zur and ar-Raqqah, unhappy being led by Kurdish forces, the increasing attacks by ISIS, and unhappy about the corruption that is ruling in the areas rich in oil.
This is why the SDF calls for an humanitarian truce throughout the region, even though they claim to not have any ill people in the region yet. They need to somehow buy time to regroup militarily, solve their internal political issues, and somehow strengthen the support of the local people.
The United Nations on Thursday welcomed the call of the Syrian Democratic Forces for a humanitarian truce.
“We welcome the statement by the Syrian Democratic Forces (SDF) on March 24 expressing support for the (UN) secretary-general’s appeal for an immediate global cease-fire to facilitate the global response to COVID-19, and announcing the SDF’s commitment to avoid engaging in military action,” said Stephane Dujarric, spokesman for UN Secretary-General Antonio Guterres.
The secretary-general calls on other parties to the Syrian conflict to support his appeal, said the spokesman. 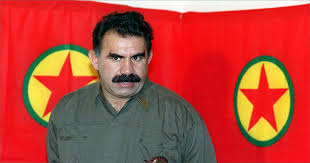 Ocalan: No one should build their future plans over me 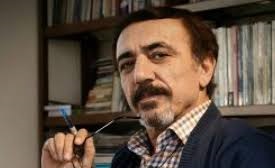 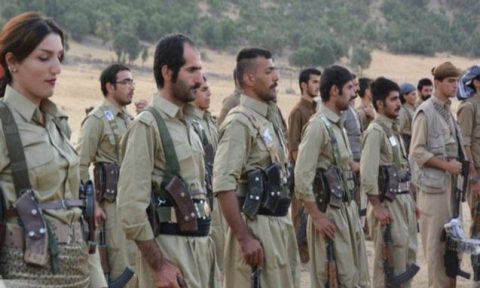