Nakba: one of the greatest Human Rights disasters in modern history 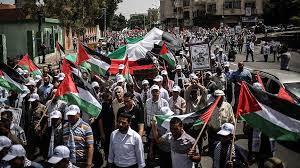 Nakba Day is observed on 15 May every year and commemorates the displacement of Palestinians when the Israeli state was founded in the aftermath of the Second World War.
“Nakba” is the Arabic word for “catastrophe” or “disaster” and the occasion remembers the 700,000 Palestinians forced to flee as a result of the 1948 Arab-Israeli War and seek refuge in Jordan, Lebanon, Syria, the West Bank and the Gaza Strip.
The estimated 5.3 million Palestinian refugees living outside of Israel maintain they were victims of ethnic cleansing during the 1948 conflict and insist on their right to return to territory they consider their homeland.
Israel refuses to meet the demand because doing so would compromise the Jewish nature of the state – defying Resolution 194 passed by the UN in 1948, siding with Palestinians on the issue.
Nakba Day commemorations typically take the form of rallies and speeches in cities around Israel, the West Bank and Gaza, with Palestinian marchers commonly brandishing placards, flags and house keys, the latter symbols of the homes and still-deserted villages their families have not been allowed to return to.
However, this year the rallies have been cancelled amid the coronavirus pandemic. Palestinian president Mahmoud Abbas has officially authorised digital activities to observe the anniversary. 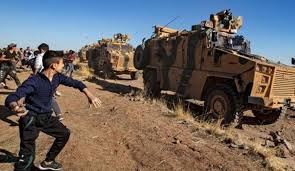