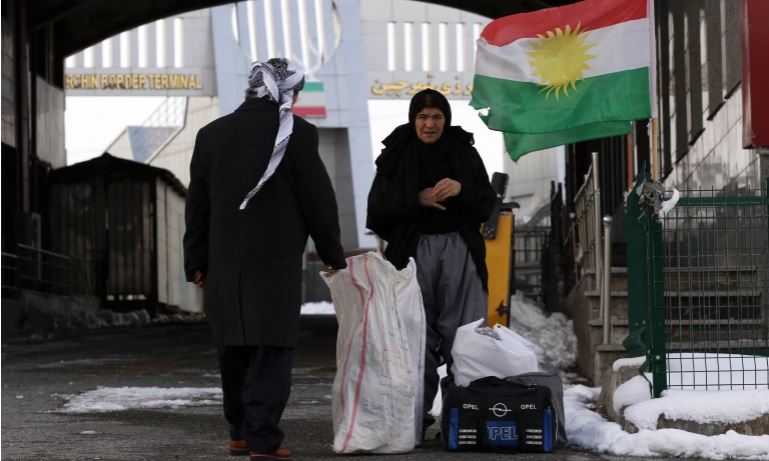 On May 18, Behzad Mahmoudi, a Kurdish asylum seeker from Iran, set himself on fire in front of the United Nations office in Erbil, capital of the Kurdistan Regional Government (KRG) of Iraq.

Four years ago, the 26-year-old fled his home city of Boukan in western Iran, hoping to find a better future away from the persecution and discrimination many Kurds in Iran say they face.

But when Mahmoudi arrived in the KRG, he was unable to find a stable job or income. Desperate for a way out, he applied to the UN High Commissioner for Refugees (UNHCR) for temporary accommodation and asylum in a third country. But his friend told Al Jazeera that Mahmoudi’s requests went unanswered.

To protest the harsh living conditions in the KRG and what he perceived as delays from the UN in processing his application to seek asylum, Mahmoudi doused himself in petrol and flicked on a lighter as he stood in front of the UN office. Moments later, his body was engulfed in a ball of flames.

Mahmoudi suffered severe burns and died in hospital as a result of his wounds a week later.

The young man’s story reflects the plight of tens of thousands of Iranian Kurds who find despair after fleeing to the KRG in hope of finding a better life.

Up to 35 million Kurds inhabit a mountainous region straddling the borders of Turkey, Iraq, Syria, Iran and Armenia. They make up the fourth-largest ethnic group in the Middle East, but they have never obtained a permanent nation-state.

Nearly 10 million Kurds live in west Iran, along the borders of Iraq and Turkey. The ethnic minority has demanded more political and cultural rights since the Islamic Revolution of 1979.

Mahmoudi’s friend and fellow Iranian Kurd – who identified himself only as Grami for security reasons – is from West Azerbaijan province in Iran. He told Al Jazeera he accompanied his friend the day he took his own life.

Although Grami, 23, also planned on setting himself on fire, he abandoned the move as he rushed to try and save his friend once Mahmoudi was ablaze.

Grami said both young men had been employed as construction workers in Erbil at the time of the incident. Unable to afford accommodation, they had been living at an unfinished construction site for several months.

“Mahmoudi and I were close. We worked hard, but we always faced financial issues, were unemployed, or couldn’t afford stable accommodation. We went to the UN several times, but they didn’t respond to our requests for help,” he said in a phone interview.

He added the last time the pair went to the UNHCR in office in Erbil, they were not allowed to enter.

“We threatened to burn ourselves in protest, but the guards mocked us and told us it would be better to do in front of the headquarters,” he recounted.

Grami said despite facing an imminent threat of deportation to Iran by Iraqi-Kurd authorities, and their repeated requests for help, neither he nor Mahmoudi received any financial assistance from the UN.

According to Grami, both he and Mahmoudi were civilian members in the Sazman Khabat, or Organisation of Iranian Kurdistan Struggle, an armed political group founded in 1980 by Iranian Kurds seeking autonomy for the ethnic minority. Grami said as an activist he participated in several demonstrations in Iran.

Last year, Iranian Kurd Mustafa Salimi, 53, who sought asylum in the KRG after escaping from a prison in Iran, was reportedly handed over by local Kurdish security forces to Iranian authorities, who later executed him.

Salimi was reportedly among thousands of detainees at eight prisons in Iran who staged protests over fears of the spread of the coronavirus in prison cells.

Following the reports, the KRG announced it formed a special committee to investigate the allegations. The findings of the committee have yet to be announced.

Criticism of the media

Mahmoudi’s self-immolation was caught on camera. Videos shared on social media showed him setting himself on fire as a few journalists holding microphones stood idly nearby.

Recounting the events leading up to the incident, Grami said after the two friends purchased some fuel, they phoned a group of journalists to share their plan. They were told to pretend to set themselves on fire.

“They reassured us that they would prevent us from actually burning ourselves. We were going to abandon the plan, but we felt ashamed to back out,” Grami said. “So we went ahead and waited for the journalists to stop us, but unfortunately the tragedy happened.”

The day after the incident, the KRG’s department of media and information issued a statement condemning the actions of media organisations present, saying they had “no regard for journalistic integrity and ethics nor the Kurdistan Region’s broadcasting laws and guidelines”.

KRG authorities added they would take measures to prevent such an incident from reoccurring.

“What we saw showed grave disrespect for the ethics of journalism,” Mem Burhan, a KRG lawmaker and member of parliament’s cultural and civil society committee, told Al Jazeera.

“It was inhumane and immoral that journalists prioritised covering the news over extinguishing the man on fire,” he added.

The apparent inaction of journalists towards Mahmoudi and perceived lack of concern from the UN sparked sharp criticism on social media and ignited protests over the difficult living conditions of many Iranian Kurdish refugees and asylum seekers in the KRI.

Following the incident, dozens of Kurdish refugees from Iran protested in front of the UN office in Erbil, as KRG police reportedly used violence to disperse the demonstrators.

In the nine-point letter, they also called on the UN to “take prompt action to process the cases of political asylum seekers”, and differentiate them from social asylum seekers and refugees.

“Iranian Kurds seeking political asylum from the UN are the most marginalised group among refugees in Iraq,” Arsalan Yar Ahmadi, a board member at Hengaw Organization for Human Rights in Kurdistan, told Al Jazeera. “They face all kinds of injustices and discrimination.”

According to Ahmadi, the UN stopped registering Iranian Kurds in the KRI as asylum seekers in 2006.

Instead, they are being registered as refugees, he said, estimating there were “nearly 30,000 Iranian Kurdish political asylum seekers in the KRG whose lives would be in danger if they returned to Iran”.

“Those asylum seekers get little financial support from the UN, and face many issues relating to accommodation, paperwork, healthcare, education, and finding employment,” said Ahmadi.

Dismissing the allegations, UNHCR spokesperson Firas al-Khateeb said the UN office in Erbil was processing all asylum-seeker cases according to standards stipulated in international refugee and humanitarian laws.

“We are assessing the cases of 10,000 Iranian Kurds according to a consistent refugee policy. We review each refugee or asylum-seeker case that we receive,” al-Khateeb told Al Jazeera over the phone.

“But in order to register someone as an asylum seeker who can apply for UNHCR assistance, we must first ensure that they are in fact civilians, and not individuals with militant backgrounds.”

He explained refugees and asylum seekers should follow “specific” procedures when seeking assistance from the UN, adding decisions on relocating asylum seekers to a third country was not up to the UNHCR, but rather to the host countries.

While some Iranian Kurds in the KRG hope to be relocated to a third country, others have decided to stay.

Many of the latter have married Iraqi Kurds and have been living in the KRG for more than a decade. Many are yet to be granted Iraqi citizenship.

According to Iraqi law, a refugee who satisfies certain conditions can apply for Iraqi citizenship. But the Iraqi constitution stipulates that the authority to grant citizenship to foreigners is exclusively within the remit of the federal government in Baghdad. Still, the KRG reportedly granted several Iranian Kurds citizenship in 2006.

Speaking on condition of anonymity, one Iranian Kurd among that group told Al Jazeera that despite receiving his passport, his status and residency in the KRG remained unclear.

“The Iraqi government does not recognise the KRG’s authority to naturalise foreign citizens,” he said. “Our nationalities could be withdrawn from us at any time.”

Comment by IKHRW: As mentioned in the article, UN refugee agency has difficulty processing the refugee applications of Iranian Kurdish citizens that seek refuge in KRG. This is not only because a large portion of them contains members or ex-members of armed militias that actively and violently target the Iranian state, but also because there is a number of convicted criminals among them. IKHRW has chosen to republished this splendid report as an introduction to the problems that arise surrounding these cases. IKHRW is to publish several cases over the following weeks, that show the stories of convicted criminals (con-artists, and even murderers) that are currently in-between-states. These persons have committed a crime in Iranian Kurdistan or other Iranian cities, and then have chosen Iraqi Kurdistan as their new place of residence, to avoid punishment. Some of them intend to use Iraqi Kurdistan to stay there only temporarily, and leave to Europe or other Western countries.

Previous « ۴ members of Marivan Green Chia Association were killed in a car accident
Next KRG accuses PKK of sending European pro-PKK lobby to the region to destabilize it. » 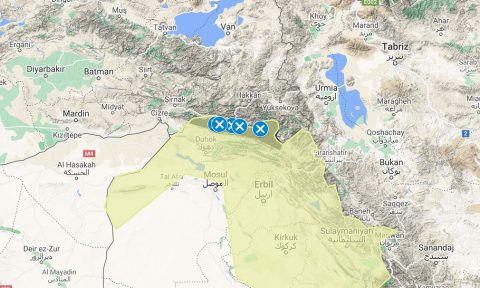 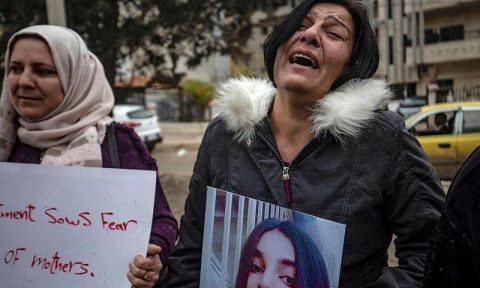 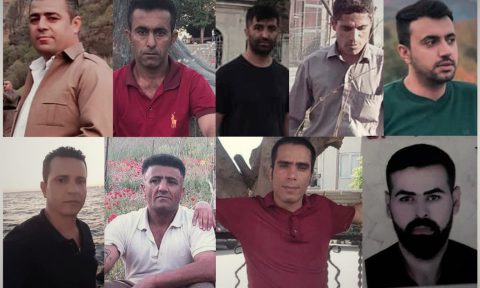