By Hedwig Kuijpers, translated from dutch.

On April 23, the Turkish military launched its latest military operation in Iraqi Kurdistan, against archenemy the PKK (Kurdistan Workers’ Party). This time the forces of Iraqi Kurdistan (the Peshmerga) are also playing a role. Some Kurds already fell victim to the bullets of other Kurds. And the risk of a large-scale intra-Kurdish conflict is growing by the day.

Operation Claw-Lightning is a cross-border military operation that Turkey launched on April 23, 2021. Turkey claims that the operation is directed against the Kurdistan Workers’ Party (PKK) to eliminate terrorism in the Kurdish region. For the operation, Turkey deployed paratroopers across the Turkey-Iraq border to set up military bases in the Kurdish region, accompanied by aerial and artillery bombardment. Now Turkey already had more than a dozen military bases in the region before the current operation, and it only plans to expand them.

As Turkey builds these bases, it advances further into the Kurdish region to establish a security zone, which Turkey claims extends along the Turkey-Iraq border. This is the same story as in Syria, where Turkey has captured a large territory, under the guise of a “PKK threat.

While Turkey gained control of a large swath of territory in the Kurdish Autonomous Region of Iraq in recent months, fighting between the Turkish military and the PKK in the region has only intensified.

According to an official report by the Christian Peacemakers Team (CPT), thousands of dunams (acres) of land and about 1,300 beehives have now been destroyed, all crucial sources of income. The Turkish bombing threatens not only the livelihoods of thousands of Kurdish and Christian families living under Turkish bombardment in the region, but also their lives. So far, four civilians have been injured by the Turkish bombing, and more than 1,500 civilians from 22 villages have evacuated their villages to escape the Turkish attack.

The CPT fears that these families will never be able to return to their homes, as Turkey has built military bases armed with artillery nearby, which are now threatening the lives of civilians. 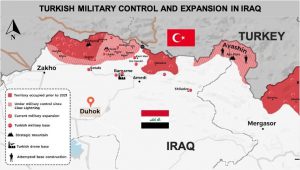 Over the past week, reports of Turkish logging in Duhok province were circulating on social media, with people condemning it and calling on the Turkish military to stop the campaign.

The news was first reported by Ali Hama Salih, a member of parliament in the Kurdish region, who posted images and photos of fallen trees and burned forests.

In a series of tweets, Wim Zwijnburg, a conflict and environmental analyst with the Dutch peace organization Pax, provided satellite images showing the deforestation process between 2020 and 2021.

So what’s happening with the roads? We can easily track that with Sentinel-2 and @Planet satellite imagery, and decided to dive into that. Here’s what we found that changed in the course of year that could partially explain the reports 6/x pic.twitter.com/gCvI6IH07W

The extensive construction of new military bases in the region, combined with road building and deforestation, show that Turkey has no intention of leaving Iraqi Kurdistan after a successful operation.

Many Kurdish people are therefore dissatisfied with the KDP (Kurdish Democratic Party), which holds sway in Duhok and Erbil provinces. The KDP has had a very good relationship with Turkey since the 1990s, and has allowed Turkey to capture so much power in the region.

That the PKK under the many Turkish airstrikes has to endure hard blows is clear, during the month of May and June images appear from which one can conclude that the PKK has had to leave certain mountain camps and areas, where it was stationed since 1992. The PKK trains, arms, organizes and plans its attacks from these mountain camps.

Pro-PKK Kurds are therefore very outraged by videos of displacement of hundreds of KDP-affiliated Peshmerga soldiers taking certain places where the PKK has been driven out.

In the Metina region, north of Duhok, this led to fighting between the PKK and the Peshmerga, both Kurdish factions. Five Peshmerga fighters were killed, and seven were wounded, on June 5.

According to Sarbast Lazgin, the ministry’s deputy minister for Peshmerga, these forces fell victim to a trap set by the PKK.

However, the PKK stated that their fighters “opened fire in the air with personal weapons to warn” the Peshmerga as the latter entered an area on the mountain where the PKK are present.

However, the PKK stated that their fighters “opened fire in the air with personal weapons to warn” the Peshmerga as it entered an area on the mountain where the PKK is present.

The Kurdish region’s prime minister, Masrour Barzani, condemned the PKK attack in a tweet and called on the parliament and parties to “speak with one voice against this aggression.”

The British consul general in Erbil, James Thornton, tweeted, “I condemn the PKK’s attack on the Peshmerga today” and expressed condolences to the families of the victims. The U.S. consul general also tweeted condemnation.

A delegation consisting of fifteen political activists, Dutch journalist Frederike Geerdink, and German MP Hakan Taş was stranded at Erbil airport yesterday. This delegation came to Kurdistan to protest Turkish colonization, and promote peace between Kurdish factions. According to tweets from Geerdink, the group members are being put on a plane home one by one. Press agency ANF reported earlier on Sunday that the Swiss members of the delegation refuse to go back.

A second delegation from Germany was stopped at Düsseldorf airport. They were not allowed by the German authorities to leave the country. The German delegation consists of 17 people, both Kurds from the diaspora and concerned German citizens.

Both delegations are accused of working for the PKK. However, banning foreign delegations that want to document the effects of the conflict is not a good sign of the current state of freedom and democracy in Iraqi Kurdistan. 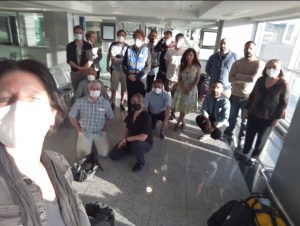 The Peace Delegation at the airport in Erbil. Source: Frederike Geerdink, via twitter @fgeerdink.

Mahmoud Sangawi, a member of the Executive Council of the Patriotic Union of Kurdistan and commander of the Peshmerga forces in the Garmian administration, said harshly, “Whatever happens, I would not fire a single shot at the PKK.”

“It is not possible to throw our sons and daughters into a war to please the Turkish or Iraqi state. No party should fight against another party so that our people are not killed, and we should all take to the streets, prevent fighting and prevent war against the PKK.”

Earlier, Adham Barzani (yes, cousin of Masrour Barzani, the current Kurdish president) made a big impression with a strong statement, “Turkey is penetrating 40km into Iraqi Kurdistan, has driven villagers out and killed hundreds. It is time for action”. After this statement, he left for his birthplace in Iran.

An interview on Rudaw of the daughter of a fallen Peshmerga also stirred a lot of emotion. She indicated that she did not consider her own father – and others who lost their lives during the war between KDP and PKK in 1995 – a “martyr,” since they were killed in a war between “brothers”. This would be unholy.

Though Turkey has stated many times it wants to establish a secure corridor alongside its border, the same narrative it has used to colonize parts of Syria, Turkey seems intend at going even further.

Yesterday, Turkey attacked a vehicle containing 3 PKK members and an Iraqi Kurdish civilian about 122km away from its own border, in the Qaladizah region.

Bakr Waisy, the local mayor, identified the exact whereabouts of the attack as the stretch of land lying between the villages of Kani Lan and Dega.

Clashes between PKK and Turkish army continued throughout the night in Hirur, north-Duhok province.

Previous « ۴ killed as Turkey attacks vehicle near Iranian border in Iraqi Kurdistan
Next İsmail Beşikçi: PKK wants to destroy the status of the Kurdistan Region » 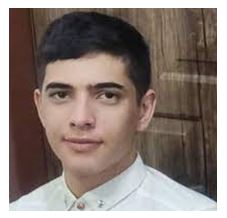 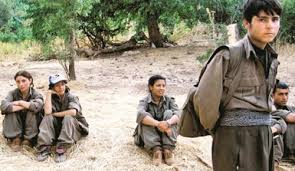